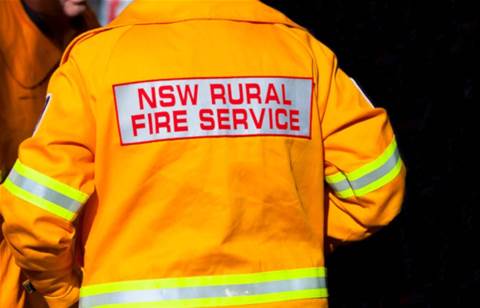 As devastating bushfires continue to wreak havoc across the country, individuals and organisations worldwide are turning out their pockets to help chip in with recovery efforts. Australia’s tech companies are doing their part to support firefighters and the communities that have been affected.

Amazon Australia has pledged A$1 million to directly support front-line organisations, as well as ongoing technical support for government agencies.

The online retailer will directly donate needed items to volunteer-based organisation BlazeAid, which works with rural families and people after natural disasters. In addition to direct donations, Amazon is also spruiking BlazeAid’s wishlist on its online marketplace, allowing customers to contribute directly by buying necessary items from the organisation’s curated list.

“We want to recognise and thank all of the individuals, organisations, and agencies leading the incredible response and recovery efforts across the country. All of you are Australian heroes, and we thank you,” Amazon staff wrote in a blog post.

SAP is another company chipping in, donating €100,000 (A$161,700) to Australian Red Cross, in addition to fundraising across its offices in Sydney, Melbourne, Canberra, Perth and Brisbane which raised more than A$8000.

The software vendor will also give unlimited paid leave to its staff who are volunteering with a recognised emergency management body. Staff can also donate through SAP’s workplace giving program, which gives 100 percent of donations to chosen organisations.

“The fires we’re seeing across Australia are totally unprecedented, and the devasting impact they have had on communities and wildlife across the country has been heartbreaking to watch,” said SAP ANZ managing director Damien Bueno.

“We hope the measures we are putting into effect today help support our staff, their families and communities during this incredibly difficult time, while recognising the extraordinary heroism of the volunteers who are on the frontline.”

Telecommunications is vital in a disaster scenario, and so Australia’s telcos are pitching in too.

Telstra has promised free mobile bills for volunteer firefighters in December and January, as well as offer assistance packages to all State Emergency Services volunteers or their equivalents for each state. Customers in bushfire affected areas in NSW, Queensland, Victoria and South Australia will also have access to assistance packages, in addition to a range of other measures for bushfire victims.

Vodafone will also waive mobile network usage charges for all Rural Fire Service volunteer firefighters in December and January, in addition offering plans under its hardship policy for those affected.

Tech recruiter affix also reached out to CRN to let us know that it has donated $2000 to the Country Fire Authority, WWF Australia and Australian Red Cross. “From everyone at affix, we are so saddened as our country is ravaged by bushfires,” the company said.

“Our hearts go out to those that are facing uncertainty and terror, including our suffering native wildlife. We would like to acknowledge the incredibly brave firefighters, emergency workers and volunteers doing their utmost to save lives.”

If your business has been pitching in to help those in need during the devastating bushfires, let CRN know or provide us with your donation link.

Grabbing the hybrid cloud opportunity with Lenovo and Azure Services
By Brendon Foye
Jan 10 2020
9:00AM