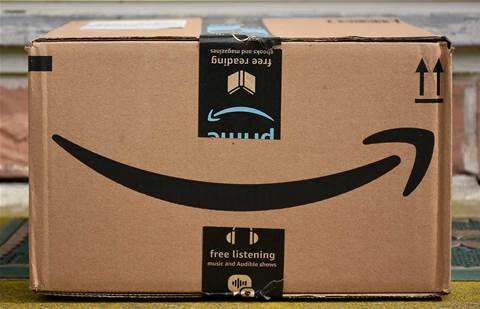 One of Amazon Web Services' biggest users, Amazon.com, crashed at the start of a major shopping promotion for premier members of the e-commerce service.

It was unclear if Amazon's problems reflected any glitches at AWS, or were indicators of problems for other customers of Amazon's league-leading cloud computing division. No service outages were reported on the AWS health dashboard.

Customers, including those not Prime members taking advantage of the special extravaganza, were miffed.

Amazon acknowledged, but downplayed, the problems in a post on Twitter: "Some customers are having difficulty shopping, and we're working to resolve this issue quickly.

Many are shopping successfully – in the first hour of Prime Day in the US, customers have ordered more items compared to the first hour last year. There are hundreds of thousands of deals to come and more than 34 hours to shop Prime Day."

"Running an event that is as large, complex, and mission-critical as Prime Day takes a lot of planning," blogged Jeff Barr, Amazon's chief evangelist, last September. The AWS team started planning for that Prime Day just after the previous one had finished, organizing its preparatory sessions around two best practices: auditing and Game Day.

Through the auditing process, AWS tracks preparations and identifies risks for the unprecedented customer onslaught the e-commerce site will field. Each AWS team responds to a series of detailed technical and operational questions that are designed to help them determine their readiness, Barr said.

Game Day simulates failures to train AWS teams to identify and quickly resolve issues. The practice session "is intended to validate all of the capacity planning & preparation and to verify that all of the necessary operational practices are in place and work as expected," Barr said.