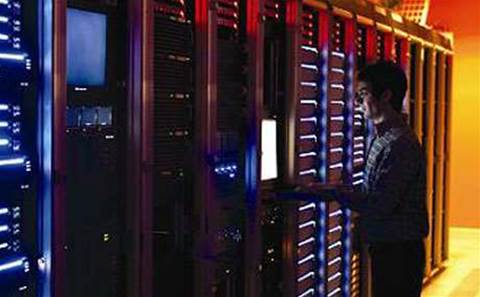 Amazon Web Services is developing a hardware-based cloud storage appliance for enterprises that prefer to use a mix of private and public cloud infrastructure, CRN US has learned.

The AWS cloud storage appliance, which already is being tested by some customers, effectively acts as a bridge between an enterprise's private cloud and the AWS public cloud. It lets enterprises keep sensitive data on-premise and use the AWS cloud for file sharing, backup and disaster recovery, sources familiar with the vendor's plans told CRN US.

The sources said this is the next step in a hybrid cloud strategy that began last January when Amazon unveiled its AWS Storage Gateway, a virtual machine image that runs in VMware ESX and Microsoft Hyper-V environments. Amazon added a gateway-cached storage volume feature last November and started positioning AWS Storage Gateway as an alternative to local storage arrays for storing customers' primary data.

"This is Amazon extending the reach and purpose of already a robust cloud offering," one source with knowledge of Amazon's plans told CRN US. "The appliance is a means to an end to ensure that customers have different paths to the same destination, which is cloud adoption."

The idea behind the AWS cloud storage appliance is to let enterprises tap into the cost efficiencies of its public cloud while keeping their sensitive data on-premise. This is a notable shift, as AWS executives have long preached that public cloud is capable of handling anything enterprises need to do, and that private clouds are unnecessary.

"Over time, we think very few companies are going to own their own data centres, and ones that do will have a small footprint," Andy Jassy, senior vice president, Amazon Web Services and Amazon Infrastructure, said in a keynote at the AWS re:Invent conference in mid-November.

Even after beating out IBM for a US$600 million ($A660 million) cloud computing contract for the Central Intelligence Agency, AWS executives avoided using the term "private cloud" to describe the project. But in an interview with "60 Minutes" that aired Sunday night, Amazon CEO Jeff Bezos confirmed that AWS is indeed building a private cloud for the CIA.

"We're building what's called a private cloud for them ... because they don't want to be on the public cloud," Bezos told CBS News correspondent Charlie Rose, according to the interview transcript.

The AWS cloud storage appliance has implications for cloud competitors such as Microsoft, which entered this space by acquiring startup StorSimple last October.

IBM, which is in the midst of an AWS-bashing advertising campaign, partners with TwinStrata and Riverbed for cloud-integrated storage hardware.

VMware, which pitches its vCloud Hybrid Service as a seamless bridge between the enterprise data centre and its public cloud, also has made cloud storage a priority and is working on its own disaster recovery-as-a-service.

AWS already has a footprint in the data centre through its partnership with NetApp, which was unveiled last November. Under that arrangement, NetApp private cloud storage hardware is integrated with the AWS cloud, allowing workloads and data to travel securely back and forth.

Avnet, which partners with both AWS and NetApp, is handling pricing and distribution for the NetApp hardware, and only partners of both vendors can sell it.

Sources told CRN US NetApp and AWS are very close these days. "Amazon people love to talk about NetApp, and there is a lot going on [between the two vendors] at the channel partner level," one source with knowledge of the matter told CRN US.