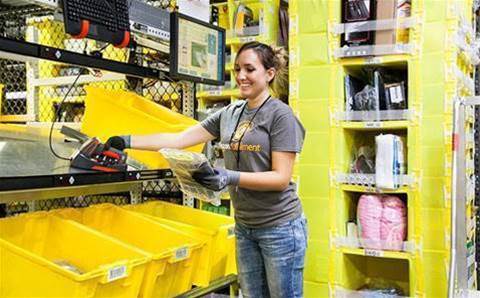 Amazon will open a second Australian fulfilment centre in Sydney to meet customer demand and increase its product selection.

The 43,000 square metre facility will be located at the Goodman Centenary Distribution Centre in Moorebank in Sydney’s south west.

“We are thrilled to be establishing our next fulfilment centre in Sydney and working with incredible people in the local community around Moorebank,” Amazon Australia operations director Robert Bruce said.

“Sydney represents another important development for our growth strategy in Australia, following a steady and progressive increase in customer demand.”

The new facility will complement the first centre built in Melbourne last year, allowing Amazon to commit to fast and reliable deliveries to customers.

Sellers that sign up to Fulfilment by Amazon (FBA) can send their products to either the Sydney or Melbourne facility for packing and shipping, with Amazon also handling returns and customer service.

Sellers are charged for storage space used and for each order Amazon fulfils, with the cost of shipping included in fees.

The company will begin recruiting immediately for a range of roles including operations, support and technical specialists.

“We are pleased to welcome the Amazon fulfilment centre to Moorebank. This is a great win for our local community; the Amazon facility will be a boon for South West Sydney and we look forward to having good jobs for people close to where they live and having a partner involved in the local community,” Liverpool mayor Wendy Waller said.

“We expect the Sydney fulfilment centre will become a key logistics hub thanks to its strategic position in south west Sydney.”

Amazon officially opened its online retail store in Australia alongside the Melbourne centrer in December last year, eight months after the official announcement in April.

7 steps to MSP success: from pricing to specialisation
By Nico Arboleda
May 3 2018
10:41AM