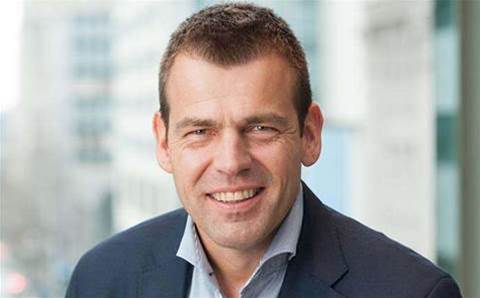 Amazon Web Services may be set to reveal a new local channel chief, as channels and alliances manager Stefan Jansen steps into a new role within the Australian and New Zealand business.

“After more than four years as head of channels and alliances at Amazon Web Services in Australia and New Zealand, Stefan Jansen has been appointed to a new role as the head of training and certification, AWS ANZ,” the spokesperson said.

“In this role, Stefan will deliver training and certification programs for AWS accreditations for partners and customers, in response to the growing demand for skills in cloud and related technologies.”

The hyperscale giant, which is preparing to host its AWS Partner Summit in Sydney next week, would not yet comment on who would replace Jansen as head of channels and alliances.

In February, Jansen told CRN of AWS’ mission to double down on partner skills and enablement, a program he will no-doubt be instrumental to in his new role.

Identifying a shortfall in cloud skills across the industry, AWS is rushing to fill the gap through its Amazon Partner Network (APN).

“AWS provides, through our APN, a wide range of training, certification adoption, competency attainment and services to partners,” Jansen said in February. “As an organisation, our most critical priority is to ensure we work closely with the channel to accelerate the skills gap we are facing.

“We have doubled down in investments with partners around training and certification, running more enablement sessions than ever before, whether it’s for sales, marketing or technical skills.”

Jansen shifted to AWS from a more than 10-year stint at Microsoft in July 2013. He joined AWS as partner business development manager, a position he held for almost two years before taking on the channel chief role in April 2015.

His most recent role at Microsoft had him leading the Dynamics partner sales team, a role he held for three years following roles leading software services and as a Telstra partner business manager.

Jansen’s job swap comes at a time of increased competitive pressure for AWS, as Microsoft today launches its new regions in Canberra, in a move that gives government supplier partners based in the nation’s capital greater direct access to Microsoft’s Azure cloud platform.

AWS is also gunning for more government cloud contracts, recently revealing it had completed an independent assessment from the Information Security Registered Assessors Program (IRAP), which would allow government agencies to self-accredit their own protected workloads on AWS.

The cloud provider is working towards achieving ‘protected’ level status with the Australian Signal Directorate, the body that designates whether or not organisation meet requirements to host highly sensitive Australian government data.

In February Dimension Data joined Macquarie Telecom, Sliced Tech and Vault Systems as the fourth company to get the Australian Signals Directorate's seal of approval to host protected data.