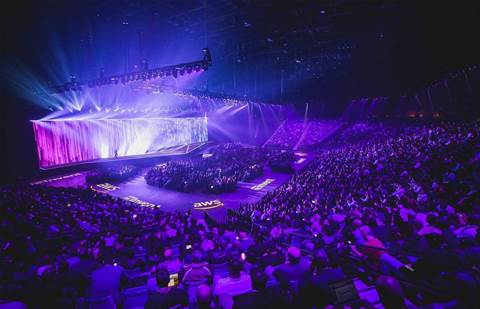 The Amazon EC2 I3 bare metal instances are the first AWS instances to allow customer applications to run directly on the underlying hardware, according to an AWS statement.

The servers do not share virtual machines with other customers on the same instance, but still have access to the same benefits from AWS cloud in EC – "customers can deploy applications to bare metal instances in minutes, and scale these applications up and down in seconds", AWS said.

“Non-virtualised workloads, workloads that need a specific hypervisor or access to specific hardware features, and workloads with restrictive hostile licensing can take full advantage of the benefits of the AWS cloud,” he said.

“And once these workloads are in AWS, they can take full advantage of other AWS services, including virtual private cloud [and] elastic balancing.”

Desantis said that several customers and partners are already using bare metal instances, including VMware, which uses the instance type for VMware Cloud on AWS.

The bare metal servers are possible on AWS thanks to a newly implemented server architecture dubbed ‘Nitro’, which uses custom chips developed by Ananpurna Labs, which AWS acquired in 2015. The reworked hardware also uses a custom KVM hypervisor.

Bare metal EC2 servers are available in public preview as on I3 instance types, which are used for I/O intensive workloads, but will be coming to more instance types in the future.

The service deploys machine learning to automate the threat detection that is typically carried out within a security operations centre while giving users actionable options if a threat is detected.

GuardDuty is a fully managed service, and Schmidt said customers can access the service with a single click without the need for any physical infrastructure.

The service monitors data from a number of sources, such as AWS CloudTrail logs and DNS logs, to identify anomalies within customer’s infrastructure.

AWS already used the service internally, and has signed up customers like Atlassian and Webroot, and partners such as IBM, Accenture, Deloitte, Splunk and Trend Micro.