Amazon will reportedly distance itself from Oracle tech by 2020 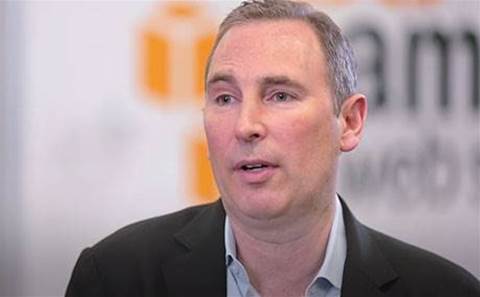 Amazon is poised to shed the final remnants of Oracle database technology from the world's largest e-commerce service by the first quarter of 2020, according to a CNBC report published Wednesday.

CNBC, citing people familiar with the matter, reported that Amazon is less than two years away from realising its long-envisioned plan to separate itself entirely from Oracle, an increasingly acrimonious competitor of its Amazon Web Services cloud division.

Efforts to migrate away from Oracle's leading database platform and onto native AWS services have been ongoing for years as a war of words has intensified between senior executives of the two technology giants.

Jassy didn't directly acknowledge his company was one of those unhappy customers.

"I don’t meet an enterprise who isn't looking to flee from the old-guard commercial database provider that they're using today," Jassy said at that event.

At the Oracle OpenWorld conference a month earlier, Ellison mocked "Amazon Whole Foods" and guaranteed superior database performance that would save customers at least 50 percent over AWS on the same workloads.

Ellison has repeatedly pointed out that despite the tension between the two companies, Amazon remains his customer. On Oracle's earnings call in December, he told investors the Amazon account brought in US$50 million for the quarter.

Amazon executives have long indicated they would like to remove that talking point.

One source told CNBC that Amazon started shedding Oracle technology four or five years ago, but parts of the e-commerce service still run on the bitter rival's database.

But within 14 to 20 months, the migration should be complete, and Amazon can stop cutting Oracle the checks Ellison likes to trumpet to the public.

The rivalry between the two companies began in earnest around 2014, when Amazon released Aurora and began wooing Oracle's on-premises customers into its public cloud.

In 2016, Oracle ramped efforts to challenge AWS on its own turf by bringing to market cloud infrastructure services differentiated by a platform layer that featured its databases tuned for cloud delivery. At that point, Ellison set his sights on Amazon as a target for the rhetorical attacks he has long been known for in the industry.

But competitive rivalry isn't the only reason Amazon wants to move past Oracle as a supplier, according to the CNBC report.

The sources said Amazon has struggled to scale Oracle's database fast enough to meet its customer demand. The e-commerce giant a long while back stopped developing new technology around the Oracle database.

Both Amazon and Oracle didn't reply to requests for comment.