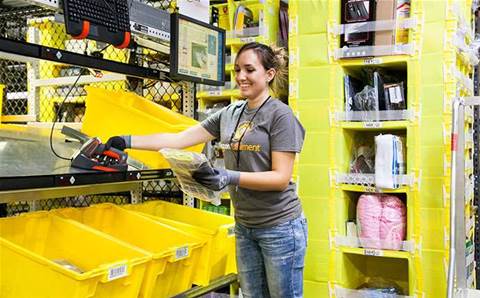 The rumoured arrival of Amazon.com on Australian shores will hasten brands to consider online distribution rather than traditional sales channels, according to the founder of Australia's most successful e-tailer, Ruslan Kogan.

Speaking to shareholders last week at the company's AGM, Kogan was optimistic that the arrival of the world's largest retailer would be good news for his company, despite the competition. "A rising tide lifts all boats," he said.

He pointed out that "Amazon is already here in a big way. They’re a top 20 site in Australia and they already get more traffic than news.com.au and realestate.com.au."

Kogan expected the local launch of Amazon – rumoured to be planned for September 2017 – to shake up the bonds between brands and their traditional sales channels.

"At a high level, the potential arrival of Amazon means the biggest, hottest brands will have no choice but to put products and significant volume through online channels.

"In doing so, they’ll need to let go the fear of upsetting the traditional retail channels to which they’ve been beholden," said Kogan.

"With traditional channels facing continued consolidation, the path to market in Australia is begging for diversification. I expect we’ll see a change in behaviour from major brands and suppliers that will only create opportunities.

"This will happen whether Amazon chooses to come here or not – but if they do, it will accelerate the process," he said.

Speculation of Amazon's arrival has not impacted Kogan's share price, though the stock had already been heading downwards since hitting a high of $1.73 on 26 August.

The homegrown online reseller posted strong sales and profit in its first results as a public company, with revenue beating its prospectus forecast by $10 million.

News of Amazon's potential launch was broken by the Australian Financial Review in early November, though the company has not confirmed plan to open its doors in Australia. The company's public cloud subsidiary, AWS, launched in Australia in 2012.