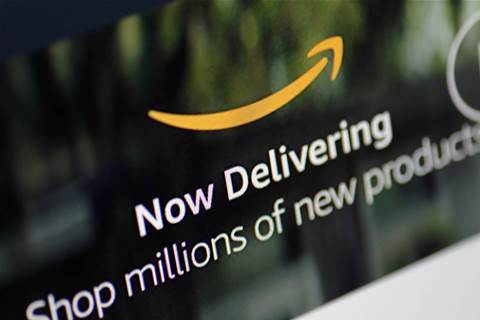 Amazon's Australian arm took its first orders on Tuesday, ending the suspense over its opening date and sending retail stocks higher amid complaints of limited product range and uncompetitive prices on the US e-commerce platform.

The cool reception suggests the US$550 billion newcomer will need to trim its margins and ramp up stock selection in the world's No. 12 economy, and eased the market's worst fears about its potential to devastate brick-and-mortar incumbents.

While Amazon.com.au was generally competitive on price, analysts found some items were more expensive on the US company's website. An iPhone 7 Plus was selling on Amazon for A$1345 compared with A$1199 at electronics rival JB Hi-Fi.

"The retailers are rallying. It's a realisation that Amazon is not going to kill Australian retail, at least not today."

Shares of JB Hi-Fi and larger electronics retailer Harvey Norman jumped 5 percent, clawing back most of their declines since Amazon announced its Australia plans in April. The broader market was down 0.2 percent.

Shares of No. 1 department store chain Myer rose 2 percent, still down more than a quarter since April. Myer and Amazon carried the same dress from Australian fashion designer Sass & Bide on Tuesday, but Myer advertised 78 items from that maker compared to Amazon's eight.

Australian retail stocks also got a boost from a bounce in sales in October after months of lukewarm demand, according to official data. Online sales account for less than 10 percent of Australia's A$300 billion retail sector.

Citi analysts described Amazon's initial Australian offering as "patchy", adding in a note to clients: "We expect Amazon will not be disruptive to Australian retailers this Christmas".

Until Tuesday, Amazon-registered sellers in Australia had been limited to sending goods offshore because the Seattle conglomerate did not have a warehouse in the country of 24 million people. This also meant Australians had to wait longer and pay more for shipping.

The company has now set up a massive distribution warehouse on the outskirts of Melbourne city, on the country's east coast where four-fifths of the population live.

It hopes to cut delivery time to as little as a day, a difficult challenge in a country famous for its sparsely populated outback. State-owned Australia Post confirmed on Tuesday that it was Amazon's primary delivery partner, a widely expected development.

Amazon's Australia country manager, Rocco Braeuniger, said in a statement on the eve of the launch that the US company hoped to "earn the trust" of Australian shoppers and, over time, create "thousands" of jobs.

Braeuniger was not immediately available for comment after the launch.