AMD back in the black, but PC division shrinks 15% 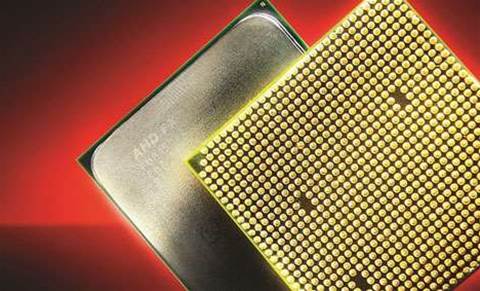 AMD has kept its word by returning to profitability thanks to demand from console manufacturers, but that might not be enough to make up for its shrinking PC business.

In a mixed financial report, the chip maker said it has benefited from supplying semi-custom processors for the Xbox One and the PlayStation 4, swinging back to a third-quarter profit and beating analyst expectations.

But PC chip sales, AMD's core business, shrank 15% year on year in what CEO Rory Read admitted was the end of the "go-go era" of growth. "There is no doubt that the PC client segment, particularly at the entry level, will feel pressure from tablets," he said. "It’s a competitive space - we are going to be in there and we are going to compete because we have a very good product."

"We see no shortcut to AMD to regain market share [in PCs]," wrote Auriga analyst Daniel Berenbaum. "Given past missteps, we have low confidence in AMD's design and manufacturing execution."

Meanwhile Intel is successfully pushing into mobile with its next-generation chips for PCs and tablets, codenamed Haswell and Bay Trail.

"They probably lost market share to Intel," said Stifel Nicolaus analyst Kevin Cassidy. "That was a surprise. Intel's Bay Trail and Haswell are coming in on top of where AMD was."

Read promised that tablets and mobile devices would form a "significant portion" of AMD's business in future. "We need to move and attack the new opportunities where the market's going, and that’s what we are doing."

Copyright © Alphr, Dennis Publishing
Tags:
amd back black but hardware in no pc thanks the to
By Shona Ghosh
Oct 21 2013
8:26AM