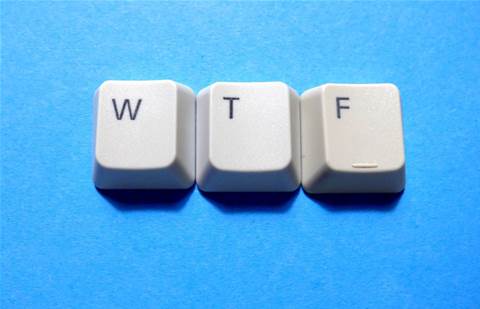 AMD has tied itself in knots by claiming a government report proves its products are great for business, but won't let anyone comment on the report.

The back story here is that AMD fell in a hole for a few years during which time its CPUs just weren't good alternatives to its main rival Intel.

But in the last couple of years AMD's products have caught up. The company is now going all out to tell the world its silicon should again be on buyers' server and PC shopping lists.

Last week that effort saw AMD send CRN news of how the Digital Transformation Agency “approached the federal Department of Jobs and Small Business at the end of 2017 to evaluate [AMD] Ryzen Pro enterprise chipsets … in preparation for the department's migration to Windows 10.”

The email sent to CRN said AMD sent it because the company is "challenging the way that organisations and government bodies are procuring their technology, particularly because there is a skew towards these bodies defaulting to their competitor, without really putting any thought into their corporate solutions."

But the statement CRN received from AMD offered just two small nuggets of information about the Department’s tests.

One said the tests “demonstrated no noticeable performance differences to the department’s current desktop computers”. That's hardly a win for AMD because it hasn't emerged as superior to its rivals!

The second nugget said the evaluation revealed “There were no issues with SCCM deployment and no issues were encountered using AMD-based machines running normal tasks.”

Which is also hardly a ringing endorsement, but did make us curious about whether the tests found anything more substantial.

So we asked AMD if it could send us the report on which its announcement relied.

AMD was happy to do so, provided we sign a non-disclosure agreement (NDA) with a condition “that you agree not to publish or otherwise disclose information about this report at any given time.”

It gets better, as the next condition of the NDA states “Due to the confidentiality agreement between AMD and the Department of Small Jobs and Business, no mention of the report can be made publicly in the media. This includes no mention of having seen or been provided the report.”

Yes, you read that right. If we sign the document that will give us access to the report, then we can’t write anything about that report..

So AMD is telling the world, and CRN readers, that a report says it's products are great. But the report is secret.

And the supreme irony in all of this? AMD’s message to CRN opened with "AMD urges Government Agencies and Corporate Bodies to keep an open mind about their CPU and GPU options when purchasing their fleet of desktops, notebooks and servers."

Here at CRN our mind is open - that's why we want to read the report!

The state of AMD's mind? We're not sure. But right now the company looks cynical, desperate and muddled. And CRN readers probably don't want to buy from a company like that.