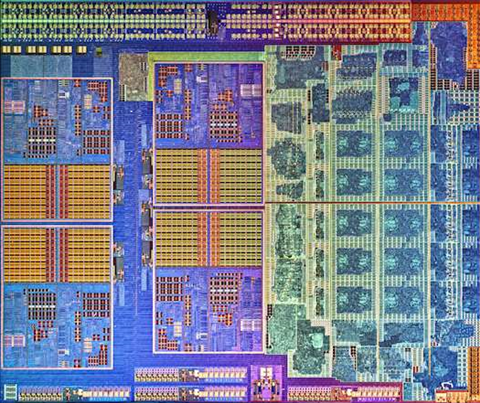 Advanced Micro Devices will push its semiconductors through the server room before it attacks enterprise desktops, drawing down on its heritage as a green IT company, said its country manager Brian Slattery at the launch of its Fusion A-Series processors.

The No.2 microprocessor maker was also aiming at mobile workers with vendor partners releasing notebooks with its processors, many of which were for knowledge workers with multitasking needs.

And partly in response to feedback from the Australian channel over its lineup, AMD tweaked the naming conventions on its "accelerated processing units" to make it easier for resellers to distingush chips for their customers' applications.

Slattery said AMD spent the past 18 months rebuilding its business units in Australia and recently hired a former Dell server executive to work with partners to raise awareness of the chips in the data centre. He said it would look at how the Gillard carbon tax could be used to push its products.

"The green IT revolution, that all came from the Opteron," Slattery said, referring to AMD's first 64-bit x86 processor. "I was in Japan and pushing AMDs on Wall Street [firms] and I saw whole server rooms flip" from Intel to AMD.

AMD is pushing the power-use-to-performance ratio of its chips, especially on mobile devices, and will offer vendor partners branding of its new "AMD Radeon Dual Graphics" on the outside of their devices.

"We're going from the perennial No.2 in battery life to being No.1 and it's a very big deal," said AMD director of product marketing Bob Grim. "But it takes a while for that perception to change."

AMD is trying to shift attention from performance of the central processing unit, the heart of most PCs, to the architecture by emphasising the overall gain from the combination of its central and graphics processors.

It will work with resellers through vendor partners, Slattery said.