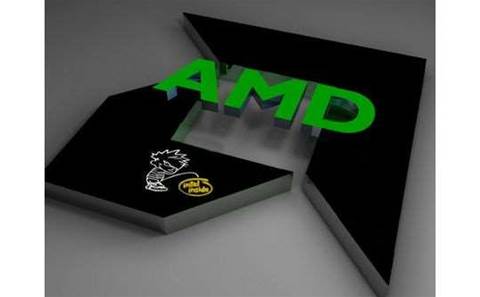 AMD is aiming to undercut Intel with its first six-core desktop processor aimed at enthusiasts, gamers and users seeking a powerful system for multimedia content creation.

Introduced today, the Phenom II X6, previously codenamed Thuban, is available at clock speeds up to 3.2GHz initially, and features technology to allow some of the cores to ramp up the clock above normal level, similar to Intel's Turbo Boost.

Intel launched its own six-core chip in March, the Core i7-980X, which runs at 3.33GHz. However, while Intel's processor is priced at US$999 (A$1,086), AMD's costs about a third of that figure, and the firm said it expects complete systems based on the Phenom II X6 to sell for somewhere in the region of A$1,161.

Intended for high-end enthusiast systems, the top Phenom II X6 at launch is the 1090T model, clocked at 3.2GHz, but its speed can rise up to 3.6GHz when required, thanks to AMD's Turbo Core technology.

"It's a clear rival for Core i7," said Mike Kreiten, product marketing manager for desktop processors at AMD.

Also available today is the 1055T chip, which runs at 2.8GHz and can ramp up to 3.3GHz with Turbo Core. Other chips in the Phenom II X6 series will be available later, AMD said.

Like Intel's Turbo Boost, Turbo Core allows the clock speed of some cores to rise above the rated speed of the chip, so long as this does not exceed thermal and power constraints.

Turbo Core kicks in if three or more of the Phenom's six cores are under-used and software using the remaining cores is calling for maximum performance.

However, Turbo Core is disabled if users decide to manually overclock the processor, and AMD said it will ship an updated version of its Overdrive application to support this.

Kreiten described the overclocking potential of the new Phenom as "huge", and claimed that the 1090t should be capable of clock speeds up to 4.3GHz or 4.5GHz using Overdrive.

AMD also announced new components including the AMD 890FX chipset and ATI Radeon HD 5000 Series graphics that will be used for forthcoming platforms based on the Phenom II X6 and other AMD processors.