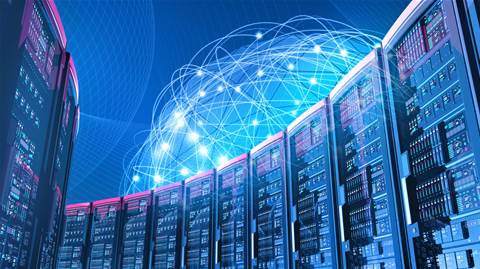 AMD has more than quadrupled its share of the 500 fastest supercomputers in the world in a matter of one year, underlining the growing threat that rival Intel faces from AMD’s EPYC CPUs.

AMD’s ascendance has come at a cost to Intel, the historically dominant provider of CPUs in the HPC space that is now planning a comeback under new CEO Pat Gelsinger that will take years to execute. According to Top500’s latest figures, Intel saw its share of the top 500 supercomputers shrink to 431 from 459 in the fall of last year, and from 470 a year ago.

“Although there wasn’t much change to the Top10, that doesn’t mean there weren’t interesting revelations within this year’s list. To begin, it would appear that there is a marked increase in the use of AMD processors,” Top500 wrote in a press release.

Out of the 49 supercomputers using AMD EPYC CPUs, 29 of them are new entries and three are in the top 10, according to an analysis by CRN. This includes Perlmutter, a new supercomputer at the U.S. Department of Energy’s Lawrence Berkeley National Lab, ranked No. 5 on the Top500 list. It consists of a Hewlett Packard Enterprise Cray EX235n system, which is equipped with 1,536 64-core EPYC 7763 CPUs and 6,159 of Nvidia’s A100 GPUs. The cluster is expected to add 6,144 EPYC CPUs later this year through a CPU-only node expansion, AMD has previously said.

While both Intel and AMD both face new threats from companies making Arm-based CPUs, only one new supercomputer on the list uses Arm: University of Tokyo’s Wisteria/BDEC-01 cluster, which is powered by 7,680 of Fujitsu’s 48-core A64FX CPUs. There are now a total of six supercomputers on the Top500 list with Arm-based CPUs, five of which use Fujitsu CPUs, while the other one uses Marvell’s ThunderX2, which is part of a line of CPUs that has been canceled. The Fujitsu A64FX-powered Fugaku supercomputer, however, remains the fastest system on the list.

As for accelerators and co-processors, Nvidia saw its share of GPUs in the world’s top supercomputers fall slightly to 138 from 141 in fall of last year. However, Nvidia can now claim to power six of the 10 fastest supercomputers in the world, thanks to the addition of DOE’s Perlmutter system.

AMD, on the other hand, continued to show no growth in GPU share, with Top500 only listing one supercomputer using the chipmaker’s Instinct GPU, the same one that had been reported in last year’s two lists.

Alexey Stolyar, CTO of International Computer Concepts, a Northbrook, Ill.-based server integrator, told CRN that he’s not surprised that AMD’s share in the top 500 supercomputers has grown so fast, especially given how its EPYC processors can outperform Intel’s Xeon CPUs. (AMD recently said its new third-generation EPYC processors outperform Intel’s third-generation Xeon Scalable processors “on a per-core and per-socket basis” while also offering the “best total cost of ownership.” Intel, on the other hand, has focused on advantages for a smaller group of emerging workloads.)

As a result, Intel has become more aggressive in discounting CPU prices to make the processors look more attractive from a price-performance perspective, according to Stolyar. AMD also engages in discounting when it comes to competitive bids, he added, though it was more pronounced when the chipmaker was getting started with its EPYC CPUs a few years ago.

“We’ve seen significant discounts on both sides,” he said, which can make a big difference in total cost of ownership for customers.

The bigger issue, for now, is supply, Stolyar said, due to the global chip shortage that is impacting multiple semiconductor companies--and, consequently, several industries beyond the IT sector.

“I’m ready [to not have] to deal with it. One of our advantages is we’re quick with turnaround, and that definitely affects us quite a bit,” he said.