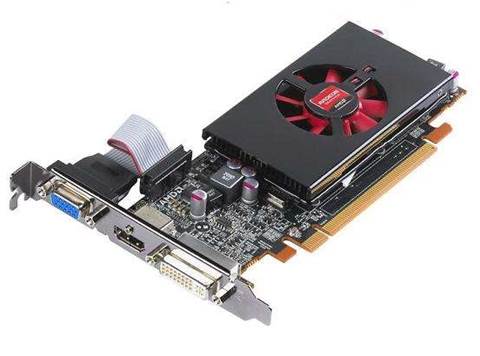 The graphics pricing landscape has been redefined yet again with the release of AMD's Radeon HD 6670, Radeon HD 6570 and Radeon HD 6450; three affordable graphics cards that pack a hefty punch for the asking price.

Aimed at budget-conscious gamers and multimedia enthusiasts, the graphics cards have a low power consumption of 75 watts (compared to 128 watts for the AMD Radeon HD 6870).

Matt Skynner, corporate vice president and general manager at AMD Graphics Division said: “With the newest additions to the AMD Radeon HD 6000 graphics family, we’re providing customers with a number of compelling products priced below $US100 that enable exceptional image quality and game performance while remaining incredibly energy efficient and easy to install.”

The new range undercuts the value of Nvidia's budget offerings, such as the GeForce GTS 250 and GeForce GT210, although we'll reserve judgement on which is the better performer until we see them in action.

While you probably wouldn't want to use these cards to play Crysis 2 with maxed out settings, they remain solid gaming cards that offer excellent processing power for the asking price (on paper, at least).