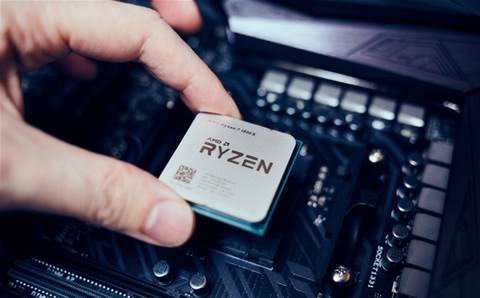 AMD said it logged another record quarter with US$6.6 billion in sales, helped by booming data centre and embedded products revenue.

“We delivered our eighth straight quarter of record revenue based on our strong execution and expanded product portfolio,” said AMD chair and CEO Lisa Su on a call with analysts Tuesday. “Each of our segments grew significantly year-over-year, led by higher sales of our data centre and embedded products.”

The chip giant reported second-quarter revenue of $6.6 billion, operating income of $526 million, and net income of $447 million and diluted earnings per share of 27 cents. Of note, embedded segment revenue for the quarter was $1.3 billion, up 2,228 percent year-over-year driven by the inclusion of embedded revenue from Xilinx, which AMD acquired earlier this year.

In terms of guidance, AMD said it expects third-quarter revenue to be approximately $6.7 billion, up about 55 percent year-over-year led by growth in the data centre and embedded segments. For the full year, AMD said it expects revenue to be $26.3 billion, an increase of 60 percent over 2021 thanks to the data centre and embedded segments.

In response to several analysts who questioned Su on those numbers, she said third-quarter and fourth-quarter guidance implies that revenue growth will be led by the data centre and embedded business and new products that will debut in Q4.

“The [third-quarter] guidance implies that the revenue growth is to be led by the data centre as well as some increase in our game console business which historically peaks in the third quarter,” she said. “As we go into the fourth quarter, the growth there will be led by the data center as well as our embedded business…and new products that will ramp up in [the fourth quarter] ... We see continued growth in the back half of the year.”

On the gaming business, Su said the consumer graphics and game console business has been very strong, and AMD has been able to get additional supply on consumer graphics. It comes, she said, on the heels of strong demand last year.

Shares of AMD’s stock traded down about 6 percent to $92.84 in after-hours trading Tuesday.

Shane Snider contributed to this report.