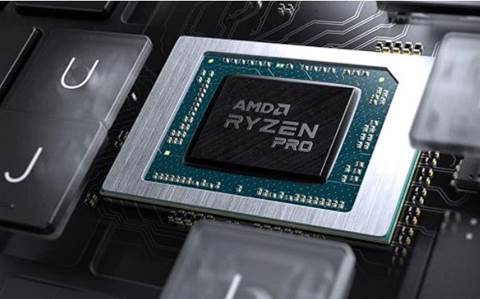 The new chips are AMD’s solution to power commercial notebooks and the company says the processors offer faster speeds and better power consumption.

“Our users and customers don’t have to make a choice between high performance and battery life,” said Matt Unangst, senior director of AMD’s commercial client and workstation business, during a press briefing. “We’re delivering both and we’re the only one in the market that is able to do that today.”

The new CPUs support up to eight cores and achieve speeds up to 3.3GHz. For solution providers, offering PC notebooks with the latest and greatest AMD chips may help provide a selling point as the PC market overall begins to soften after two years of record growth. Unangst said AMD remains committed to the channel.

“AMD continues to make substantial investments to ensure that we are able to ramp our supply in partnership with our OEMs,” Unangst said.

“I’m very confident that you’re going to see many of these platforms available not only to the enterprise customers but also in the channel markets, especially as we work through the balance of this year. I’m very confident in the future of that business.”

The new chips will power laptops from HP, Lenovo and other manufacturers sometime during the second quarter. The Ryzen Pro 6000 line is broken into two series: The H-series for higher-end laptops and the U-series for thinner and generally less powerful machines. There are eight chips altogether with varying degrees of performance.

The processors feature AMD’s RDNA 2 graphics, which the company says boosts the line’s graphics capabilities by 50 percent to 110 percent over last year’s Ryzen Pro 5000 series. The Ryzen Pro 6000 series also features improved power consumption – the company compared the new chip to last year’s model and showed the Ryzen 7 6800U uses up to 35 percent less power for video conferencing and up to 17 percent less power for web browsing.

AMD’s Unangst added, “These platforms represent the best-in-class in our commercial notebook portfolio powered by AMD… AMD has made substantial investments and grown in critical spaces in of the market, with Chromebooks, commercial notebooks and desktops.”

Grow your software revenue by selling these 5 affordable, essential tools for the modern workplace
By Shane Snider
Apr 21 2022
10:43AM