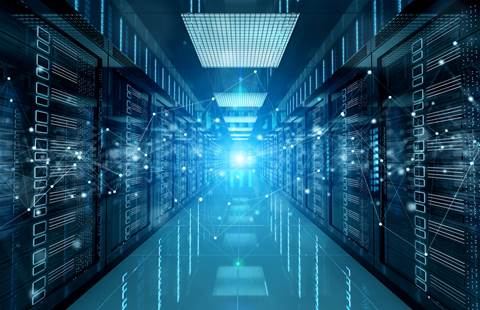 AMD on Tuesday announced the launch of its new data centre GPU - the Instinct MI210 - designed to handle demanding AI and HPC workloads for researchers, scientists, and engineers with a cost-saving PCI-Express interface.

The Instinct MI210 rounds out the line of “Aldebaran” GPUs launched last November, which served as a shot across the bow for data centre computing competitors Intel and Nvidia. Nvidia held 90 percent of the data canter accelerator market in 2021, according to Ark Invest.

“With twice the platforms available compared to our previous generation accelerators, growing customer adoption across HPC and AI applications, and new support from commercial ISVs in key workloads, we’re continuing to drive adoption of the AMD Instinct MI200 accelerators and ROCm 5 software ecosystem,” Brad Mcredie, AMD’s corporate vice president for data centre GPU and accelerated processing, said in a statement. “… Our customers can choose the accelerator that works best for their workloads… or if they want access to exascale-class technology in a commercial format.”

AMD is banking on the blooming future of HPC and AI, which are being deployed heavily to enable scientists research efforts in climate change, vaccines and more. AMD has launched a campaign to compete heavily with data centre powerhouses Intel and Nvidia. Just last month, it finished the largest chip acquisition in history with its US$49 billion purchase of Xilinx, expanding opportunities in data centres.

The new Instinct accelerators will be deployed alongside AMD’s new EPYC processors, which the company claims outperform Intel. The new processors are already finding homes around the globe, thanks to Supermicro’s new Universal GPU system offerings. Nor-Tech’s Dominic Daninger, vice president of engineering, says the arms race between Intel, AMD and Nvidia in the supercomputing space is great for channel partners. “AMD has been really innovative and it’s really going to enhance their market position,” he said. “And, of course, whenever someone steps up against Intel, they usually come out with something interesting, so it‘s great for everyone.”

“The Lumi supercomputer powered by AMD EPYC processors and AMD Instinct MI200 accelerators will provide a generational leap in performance for large-scale simulations and modeling as well as AI and deep learning workloads to solve some of the biggest questions in research,” Pekka Manninen, director of Finland-based LUMI Leadership and Computing Facility, in a statement. “We’ve utilized AMD Instinct MI210 accelerators to get hands on experienced… preparing our scientist to tackle the many challenging and complex projects they will run.”