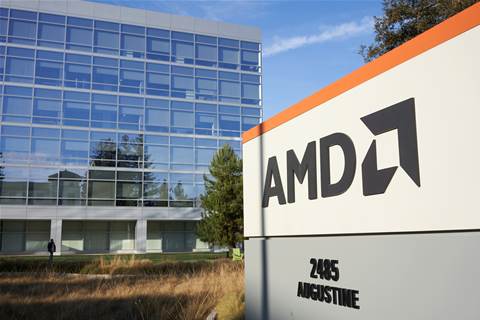 AMD CEO Lisa Su said chip shortages will persist for the rest of the year, but the company was able to improve supply enough to beat revenue expectations in the second quarter, where the company nearly doubled its sales from the same period last year — a near repeat of the first quarter.

“We are making progress each quarter [on supply], and we made progress in the second quarter. That enabled us to exceed the original guidance,” she said during AMD’s quarterly earnings call Tuesday. “And as we go into the second half of the year, we’re continuing to bring on extra supply each quarter,” which contributed to the company raising its guidance for full-year revenue growth by 10 points.

The Santa Clara, Calif.-based company is still dealing with supply constraints, Su said, and she expects the situation to improve in 2022. But, she added, the company is still expecting “significant growth” moving forward because AMD has been working closely with its supply chain partners.

“We do have confidence that we can continue to grow substantially as we go into the second half of this year and into 2022 with the supply chain,” Su said.

Su’s rather upbeat outlook on improving supply contrasts with the outlook that Intel CEO Pat Gelsinger and his CFO, George S. Davis, gave on their earnings call last week, when they said they expect CPU shortages to worsen in the third quarter before overall supply improves in 2022. At the same time that AMD’s earnings call was taking place, Apple warned that supply constraints will worsen in its current quarter.

An AMD spokesman said the company’s expectation to grow in the second half of the year implies growth not just in the average selling price of products but growth in unit sales as well.

The remarks were made as AMD reported that revenue for the second quarter, ended June 26, grew 99 percent year-over-year to $3.85 billion, marking a fourth consecutive quarter of record sales. That revenue figure beat Wall Street’s expectations by $240 million, and the company’s net earnings of 63 cents per share also surpassed analyst expectations, by 9 cents.

AMD’s stock price was up around 1.2 percent in after-hours trading.

The strong momentum was driven by CPU and GPU products in both PC and data center markets.

AMD said its Computing and Graphics segment grew 65 percent year-over-year to $2.25 billion, driven by higher sales for both client CPUs and GPUs. The average selling price for CPUs and GPUs both increased year-over-year and quarter-over-quarter due to increased sales of higher end products in both categories, including data center GPUs.

Su said data center GPU revenue more than doubled year-over-year, thanks to new deployments of its Instinct accelerators, which included initial shipments of next-generation products that use AMD’s CDNA 2 architecture. She added that AMD expects data center GPU revenue to grow in the second half of the year, thanks to big supercomputing customer wins.

“CDNA 2 represents a major step forward in our multi-year data center GPU strategy, delivering more than twice the performance of our current generation and significantly higher performance than competitive offerings in HPC workloads,” she said.

The Enterprise, Embedded and Semi-Custom segment grew even faster, 183 percent year-over-year, to $1.6 billion. This was due to strong growth for both the company’s EPYC data center CPUs and its custom chips for hot-selling video game consoles, namely Microsoft’s Xbox and Sony’s PlayStation 5.

“Third-gen EPYC processor revenue is ramping faster than the prior generation as customers and multiple third-party reviewers recognize the absolute performance and price-performance leadership of our latest server processors,” she said.

When combining the revenues for AMD’s data center CPUs and GPUs, Su said, the company’s total data center revenue nearly doubled year-over-year. That lifted the data center’s share of total revenue from a percentage in the high teens in the first quarter to more than 20 percent in the second quarter, according to Su.

“We expect data center revenue to continue growing faster than overall revenue based on the strength of our EPYC processors and Instinct accelerators and the significantly expanded engagements we have built with the leading OEMs and largest [mega data centers],” she said.

AMD’s revenue from PC processors, on the other hand, is expected to be roughly flat going from the first half of the year into the second half, Su said. She chalked this up to shortages of other components as channel inventories for AMD products remain low.

Eliminating departmental friction within MSPs
By Dylan Martin
Jul 28 2021
9:46AM