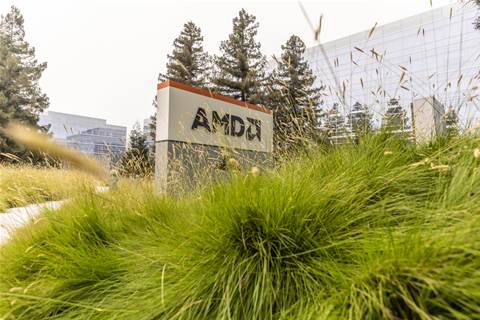 AMD said its US$35 billion acquisition of FPGA maker Xilinx is set to close after the mega chip deal received its last necessary approval from regulators, which will give the chipmaker a boost in the data center market where its EPYC server CPU business has already grown substantially.

The company said Thursday that the deal, which was announced in October 2020, will likely close Feb. 14. The announcement comes after the waiting period expired Wednesday for the company’s pre-merger notification with the Federal Trade Commission and Department of Justice under the U.S. Hart-Scott-Rodino Antitrust Improvements Act of 1976.

The deal’s approval greatly contrasts with Nvidia’s failed US$40 billion acquisition of Arm, which fell apart earlier this week due to stern pushback from regulators over anticompetitive concerns.

Dominic Daninger, vice president of engineering at Nor-Tech, a Burnsville, Minn.-based high-performance computing systems integrator, told CRN Tuesday that the AMD-Xilinx deal likely wasn’t receiving as much scrutiny because AMD is a smaller player in the CPU and GPU markets in relation to Intel and Nvidia, respectively, even as the chipmaker’s data centre business doubled last year.

“You take somebody like Nvidia. I don’t know what their percentage of the GPU market is, but it’s got to be way over 50 percent. I think regulators look with more scrutiny when you’re dealing with somebody like that,” he said.

While Intel continues to dominate the CPU market and Nvidia the GPU market, AMD has been making steady progress in gaining more share in the former. Mercury Research Wednesday said AMD reached 25.6 percent in the overall x86 CPU market against Intel, a new record high that beat the chipmaker’s previous record in 2006. Complete GPU market share data isn’t available, but Jon Peddie Research’s PC GPU market report for the third quarter of 2021 said that AMD’s share grew 2 points to 18 percent from the previous quarter against Nvidia’s 62 percent and Intel’s 20 percent.

Shortly after the AMD-Xilinx deal was announced in October 2020, AMD CEO Lisa Su said the Xilinx acquisition would make the chipmaker a “stronger strategic force” for next-generation data centres and increase its total addressable market to US$110 billion from what was US$80 billion at the time.

The acquisition will also help AMD play a bigger role in markets where the company has only had a “nascent presence” in the past, Su said at the time. They include telecom, edge, industrial and networking markets, for which the merged entity can combine AMD’s “CPU and GPU compute engines with Xilinx’s flexible accelerators, SmartNIC products, software stacks and domain expertise.”