Analyst casts doubt over Nokia's hopes for the N8 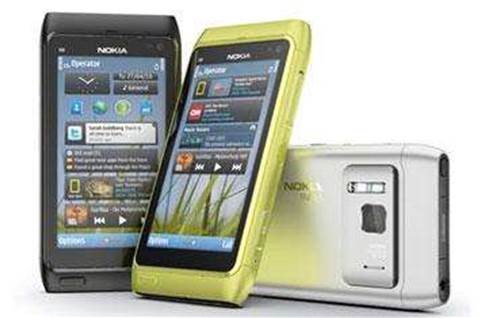 Nokia's embattled chief executive has a lot riding on the company's next smartphone launch, according to a leading mobile device analyst.

The reaction is in response to news that the Finnish mobile firm posted a 40 percent slump in its second-quarter profits compared to the same period last year.

Nokia chief executive Olli-Pekka Kallasvuo was quick to point to the upcoming N8 smartphone, the first Nokia handset to run on the Symbian S^3 operating system, as a reason to be positive, despite the company's worsening fortunes and speculation over his leadership.

"We are confident that this is the end of the painful transition of our high-end product portfolio. The launch of the N8 will mark its renewal," Kallasvuo said during an investor conference this afternoon.

"My sentiment about Nokia's future has not changed [after this conference]," she told V3.co.uk.

Mobile analysts have recently pointed out that Nokia lags behind its smartphone rivals in the performance curve, and that the firm has lost two-thirds of the market value of its share since Apple launched the iPhone in 2007.

In response to today's results announcement, Kallasvuo claimed that the complete rewriting of the Symbian code using a software-based approach will reinvigorate the Nokia brand among apps developers.

He also asserted that Nokia will sell 50 million N8 handsets over the full lifespan of the S^3 platform.

This forecast was of particular interest to Milanesi, who agreed that Nokia had a lot riding on the N8.

"The fact that Nokia is making a point of how many handsets it expects to ship with S^3 is important," she said.

"Bearing in mind that S^4 is expected in June 2011, it is definitely a message to developers that the S^3 market share will be big enough to be worth investing in."

Attracting developers will be key to any recovery of market share, according to Milanesi.

"S^3 has a new interface which provides a much better user experience, but not one that would make it stand out from its competitors," she said.

"Nokia is betting everything on the N8, at least to provide breathing space at the high end and prevent its market share getting weaker.

"[The N8] may help its average selling price and margins a little bit, and there are two or three more S^3 product releases planned for the end of the year."

Milanesi also suggested that the only positive news from today's results was confirmation that the N8 will ship at the end of August instead of the beginning of September. "But that's not saying much," she added.

The analyst expressed reservations about how much of a boost the N8 or S^3 releases will provide Nokia if the company fails to address the price pressures it has been put under by the likes of lower-cost Android handsets.

"So they will have to make some adjustments on that [pricing] side too because, although the N8 is a significant improvement, it's not enough in itself to make people look at Nokia in a new way."

Milanesi also commented on the marked lack of response to the speculation that Kallasvuo is on his way out, after yet another consecutive quarter of falling profits, margins and smartphone market share.

However, she does not believe that the speculation will do the company much harm, especially given the boost in Nokia's share price immediately after The Wall Street Journal article was published revealing rumours that the firm is looking for a replacement.

"The perception has been that Nokia has been slow to innovate and has fallen behind the competition. I don't know if appointing someone from within Nokia will be enough to satisfy the markets, as it will be seen as more of the same," she concluded.