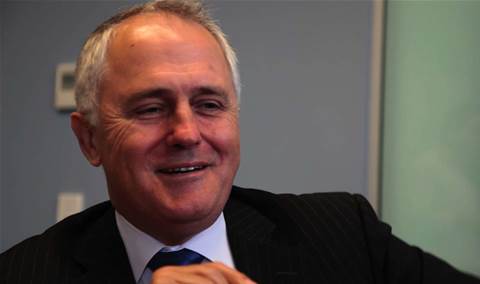 Telco analysts have expressed doubts about the Coalition's latest claims that it could provide a national broadband network faster than Labor's $35.9 billion project.

Opposition communications spokesman Malcolm Turnbull talked up the Coalition's broadband proposal at a Committee for Economic Development of Australia (CEDA) lunch this week.

The Coalition's plan would include immediate cessation of the NBN build pending a six-month cost-benefit analysis of the network and possible alternatives.

Turnbull said that a future Coalition government would most likely replace Labor's fibre-to-the-home network with a mix of fibre-to-the-node in most metropolitan areas, fibre-to-the-home in areas where copper had degraded beyond repair, and competing technologies from the private sector where available.

Turnbull said the Coalition's plan would give taxpayers broadband faster.

And he said that savings gained by abandoning the current NBN would justify the "tiny" costs associated with exiting NBN Co's signed contracts.

Telecommunications analyst Paul Budde doubted claims from Turnbull that a coalition policy could be delivered as quickly as hoped.

"The effect of the proposed Coalition changes will unravel all of [the NBN] and basically requires the industry to start from scratch again," he said.

"This will set the industry back at least two or three years and it will devastate their business opportunities going forward."

The Coalition, he said, would face delays required from a strategic review around the NBN, a review of infrastructure plans and a complete regulatory review needed to plan and deploy the thousands of points of interconnect potentially required under a fibre-to-the-node proposal.

Telsyte analyst Chris Coughlan agreed that a change in government policy would result in a two to four year delay.

"Frankly I'd hope that Turnbull would continue with NBN Co, perhaps with some funding changes, and also a review of the technology mix," he said.

Turnbull conceded this week that NBN Co's deals with Telstra and Optus would be renegotiated if the current minority government broke down or the Coalition returned to power at the 2013 federal election.

The $9 billion contract signed last month between Telstra and NBN Co included a $500 million break fee, to be invoked should the network reach more than 20 percent of homes as planned.

Coughlan told iTnews he didn't believe the break fee would come into play in the event of a Labor loss at the polls in 2013.

"NBN Co may be up for the on-going cost of the orders placed before the cessation," he said.

"However, if these assets are transferred back to the access separated Telstra, under some changed arrangement then the cost may well be minimised."

A change in broadband strategy would require NBN Co to exit many of the 100 tenders and $7 billion worth of contracts tit had signed.

Although NBN Co has written exit clauses into many of its contracts to date, it has remained reluctant to reveal what obligations would be enforced should this occur.

Budde attacked the latest Coalition proposal for setting back the industry by "billions" in investments around the current NBN.

"Breaking up the contracts with Telstra and Optus is not just a financial issue but an economic issue," he said.

"These companies – in particular Telstra - have started a transformation process that now needs to be totally reviewed again.

"The indirect cost to these companies alone will be in the hundreds of millions of dollars."

Turnbull told CEDA members that renegotiation and exit costs involved in a change of plan would be "tiny compared to the savings achieved".

He said the fibre-to-the-node proposal would cost as little as a quarter of the $35.9 billion currently slated for the NBN, based on estimates by British regulator Ofcom in relation to British Telecom's simultaneous fibre-to-the-node and fibre-to-the-home rollouts.

The savings would come largely from avoiding civil works required to build a more extensive network like the current NBN.

He told a 4 Corners investigation earlier in the year that such a proposal would likely carry a $15-20 billion additional compensation cost payable to Telstra.

"If we were to go ahead with the fibre-to-the-node proposal, we would essentially have to – not to put too scientific a point on it – cut the copper," Conroy said.