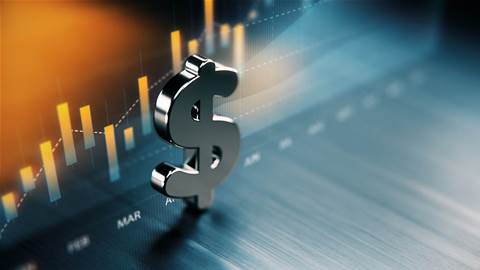 But analysts are questioning whether Kioxia's investors will accept the price and terms of the reported US$20 billion all-stock offer from Western Digital, which would provide no cash to the Japanese firm and put a lower value on it than other comparable deals in the industry.

Western Digital on Friday filed documents to issue more shares but did not disclose the size of the offering.

Kioxia is one the largest players in NAND memory chips that provide the storage space in phones and hard drives, competing with South Korea's Samsung and SK Hynix. Hynix last year agreed to buy US chipmaker Intel's NAND business for $9 billion.

Analysts said the Intel deal provides a sense of what buyers are willing to pay for memory companies. Summit Insights Group analyst Kinngai Chan said that Kioxia has about three times the sales of Intel's memory unit, so Kioxia's owners may want about three times the price - $25 billion to $28 billion.

But Western Digital's entire market valuation is lower than Chan's estimated price tag for Kioxia at about US$20 billion as of its close August 25 when the media reports on the deal came out. In a note to investors, UBS analyst Timothy Arcuri said even at a US$20 billion price tag for Kioxia, the Japanese firm's huge price relative to Western Digital's overall value makes it "hard to see WDC wanting to issue that much stock at this valuation."

Analysts instead said that investors in Kioxia, which was sold by Toshiba in 2018 to a consortium led by private equity firm Bain Capital for $18 billion as Toshiba Memory, would prefer an all-cash deal or at least a deal with a heavy cash component. But some analysts believe Kioxia's owners could come around to an all-stock deal if they believe the combined company's shares will rise in the coming years.

"It could be a long-term play on the combined company's success," said William Kerwin, analyst at Morningstar Research. "Or it may have been the only way to offload Kioxia at a valuation they wanted."