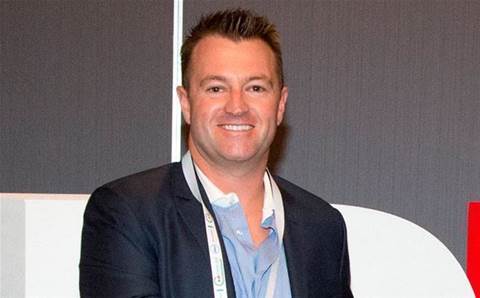 Thomas Duryea co-founder Andrew Thomas is stepping down after 17 years and has already started a new business that is set to change how organisations access and deal with their data.

Thomas told CRN that this would be his last week with Thomas Duryea Logicalis.

"It is going to be emotional. It has been an incredible ride and I am going to miss all the people and the energy we have created," he said.

According to Thomas' experience, companies recognise the growth in their data but use this data less and less, with most customers using only 12 percent of their data.

His position is that in order for businesses to get to where they are going they need to be able to access all their data.

"It is no longer competitive not to do that. Most companies aren’t even touching all data available to them," Thomas said.

The AtlasPlato chief executive said his consulting firm expects to deliver value to its customers every five days.

"Every five days we will expect to generate value that the executive team and the organisation will be pleased to see. The goal is to deliver value to a customer's organisation every five days, not just sell a product but something that aligns with the strategic direction of their business," Thomas said.

Thomas said technology could give companies access to their data but that the challenge was to combine what customers want with the technology available.

"We have been working on our approach and on building partnerships with disruptive and established vendors."

AtlasPlato has already partnered with IBM, Microsoft, Domo and Tableau. Initially, the company is proposing to use the technology available to provide customers with a platform in which they can at the very least start to see all their data.

The company is looking towards IBM's Watson and how to use machine learning to help with data access and analysis.

Leaving is hard on Thomas but he is excited about the opportunities of the new business and the ongoing relationship with TDL it can provide.

"There is no doubt we will maintain a strong partnership there," Thomas said.

Logicalis is owned by Datatec, a South African company that also owns the Westcon Group.

Michael Chanter was named the new chief executive of TDL having previously taken on the chief operating officer role after the acquisition was complete.