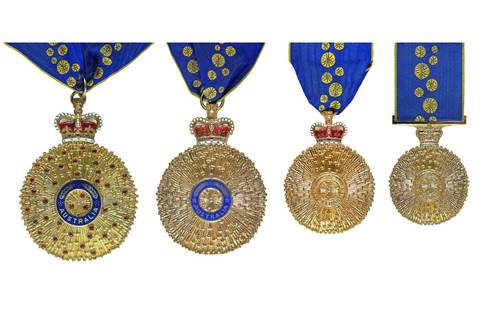 Dr Andrew James Tridgell - know in the open source commmunity as 'Tridge' - has been awarded a medal in the general division of the Order of Australia (OAM).

Tridge was honoured as a "Software programmer and developer" and the official listing (pdf) of his honour says it was awarded "For service to information technology" and lists the following accomplishments:

RSync is a powerful and ubiquitous file synchronisation utility that is an essential part of any Linux sysadmin's toolkit, in part because it only synchs files that have changed and therefore makes it possible to sync without using unnecessary network resources,

Samba is a free implementation of Server Message Block that underpins Windows networking. Samba runs on Unix-like systems and its mere existence was a huge factor in the rise of Linux as it allowed the open source OS to more easily integrate with Windows servers.

Both RSync and Samba are very, very, widely used - it's not a stretch to say they're both crucial underpinnings of modern computing.

Another honoree with a massive global footprint is Geoff Huston, Chief Scientist at the Asia Pacific Network Information Centre (APNIC) and one of the world'd leading authorities on IPv4 and internet architecture.

Huston recognised the potential of the Internet early and was instrumental in bringing it to Australia in the early 1990s. He was also involved in agitating for and organising what became  the Australian Academic and Research Network.(AARnet), the academic data network that remains a critical and much-used piece of academic infrastructure. In recent years he has also advocated consumer data protection.

Already a member of the Internet Hall of Fame, Huston is now also Member in the General Division  of the Order of Australia  (AM).

Other technologists honored for their contribution to information technology include:

Grow your software revenue by selling these 5 affordable, essential tools for the modern workplace
By Simon Sharwood
Jan 27 2020
8:32AM