Android Enjoyed is most complained-about reseller 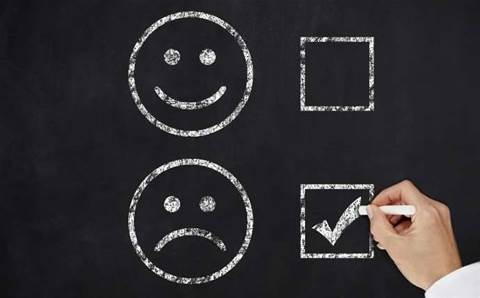 Online retailer Android Enjoyed has topped the list of most complained-about companies, two months after NSW Fair Trading issued a warning urging people to stop dealing with the company.

NSW Fair Trading has released its latest Complaints Register list, which names the companies that received the highest number of complaints in August-September.

Android Enjoyed, a trading name of Digital Skies Group, is now top of the list with 31 complaints, of which 25 relate to mobile and smartphones. The company sells a wide range of devices, including Apple MacBooks, Xiaomi notebooks and a host of tablet brands.

It is also the trading name of a new company, Digital Marketing & Solutions Pty Ltd, which was established on 24 August.

The ABN listed on the Android Enjoyed website is registered with a third company, One Digitals Solution, which was established on 9 September.

CameraSky, another trading name of both Digital Skies Group and Digital Marketing & Solutions Pty Ltd, was number five with 18 complaints. This was the first time the company appeared in the registry.

After unsuccessful attempts to contact the parent company of the retailer, or any of its companies, NSW Fair Trading issued a public warning asking customers to stop dealing with the company.

Since then the company's PR has engaged with the department and initiated its crisis management protocol to address the complaints.

CRN tried to contact the NSW number but the call did not go through. The Victorian number listed on the website goes to a Manila call centre.

Other well-known names were also on the Fair Trading watchlist. Harvey Norman has improved its services, based on the complaints registered, and moved down to the fourth place after listed as second for the first two registers. Of its 22 complaints, five were related to laptops and computer accessories.

The Good Guys followed with 16 complaints, two of which were computer-related. On the previous month's list, the retailer received the same number of complaints.

Australian online retailer BecexTech appeared for the first time on the list, which names the companies that had 10 or more complaints. The company was No.14 and received 11 complaints all mobile and smartphone related.

Apple was No. 17 on the list with 10 complaints. In the previous list the company came fifth with 21 complaints.

NSW Fair Trading launched the Complaints Register in July with the goal of providing businesses with an incentive to provide better customer service and also to provide consumers with information to help them make informed decisions about where to shop.