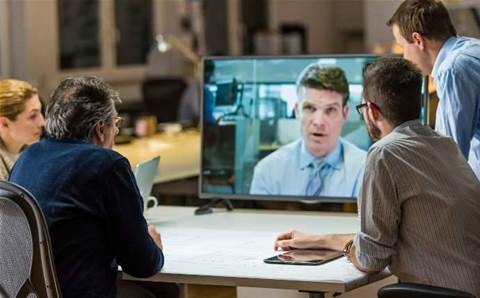 The way Amazon Web Services employees have been interacting by video conferencing during the coronavirus pandemic has changed AWS’ thinking about its hiring and how meetings will evolve once more employees return to its offices, according to CEO Andy Jassy.

“For a long time…we really wanted to...hire people in locations where we had critical mass, because it was easier for them to have the right career path and interact with their teammates more effectively and to have job mobility in a different way,” Jassy said yesterday during IT solution provider Presidio’s C-Suite Perspective Webinar Series. “How effectively we've all worked in a video conferencing environment has changed our view on where we hire people and whether it's OK to have smaller numbers of people in more locations, as long as they're willing to be available to collaborate with their teammates in a time frame that works for everybody.”

While parent company Amazon claims 840,400 full- and part-time workers as the second largest employer in the United States, it was unclear how many work for AWS at press time.

Video conferencing has exploded due to the increase in remote workers and learners resulting from stay-at-home advisories and non-essential business closures forced by the coronavirus (COVID-19) pandemic, with services such Amazon Chime, Microsoft Teams, Zoom Video Communications, Slack Technologies and Google Meet reporting jumps in usage.

AWS and parent company Amazon.com use Amazon Chime for video conferencing and online meetings, according to a company spokesman. As part of a new multi-year deal announced this month, Slack will integrate Amazon Chime SDK (software development kit) to power the video, audio and screen-sharing capabilities for its workplace messaging and collaboration platform. AWS also said it will extend the use of Slack to its own employees to make it easier for AWS teams to communicate and work together.

AWS’ use of video conferencing during the pandemic also has changed how the cloud provider is thinking about handling meetings once its employees return to AWS offices in larger numbers, according to Jassy. While AWS typically had employees all over the world remotely tuning in for meetings by video before the pandemic, a larger number tended to be located in one AWS location, and it had been hard to fully include remote workers, he said.

“They're a little bit off on the side as opposed to the center of the meeting in person,” Jassy said.

But, he said, “When everybody is on video conference, and everybody just gets a square, it really changes the playing field. It really levels it, and I think we've found that it's been more inclusive. A lot of people who normally don't get to participate as visibly are able to do so. It's changed how we've been thinking about coming back to meetings when we get back into the office in larger numbers. There's a lot of things that have happened during the pandemic -- most by necessity -- that are going to change the way we all work moving forward.”