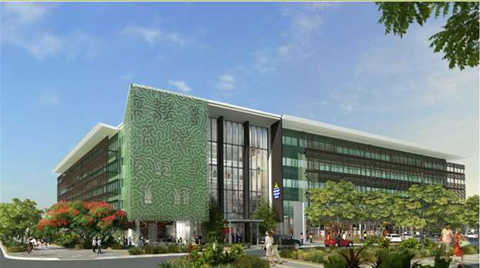 Anittel has won a deal with James Cook University to build a custom data centre that will bring cloud services to Northern Queensland and expand the reseller's national carrier network and hosted solutions.

The deal forms part of the university’s $1 billion ‘discovery rise’ development, which will see a residential ‘university town’ community built next to JCU’s Townsville campus.

Apartment living will surround a public square. The community will also offer child-friendly homes, shops, community services, a high school, gym and pool, alongside an enterprise park for businesses serving the education, defence and health sectors.

Anittel said the data centre facility would operate as a hub for business incubation and collaboration. Financial details of the project were not disclosed.

The proposal for the ‘tropical knowledge and innovation centre’ will be finalised over the next six months. A modular data centre will be provided in the interim while design and planning are finalised.

Upon completion the centre will form part of Anittel’s nation-wide private carrier network and hosted infrastructure systems, and will offer cloud services to businesses across Northern Queensland.

The company has multi-tenancy arrangements out of its existing four data centres, split between Sydney and Perth. It did not respond to request for comment by the time of publication.

Grow your software revenue by selling these 5 affordable, essential tools for the modern workplace
By Allie Coyne
Jan 29 2013
12:22PM