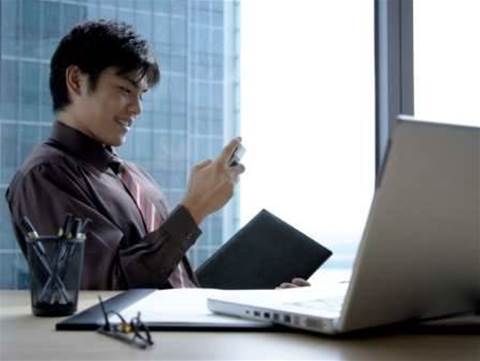 Regional and government service provider Anittel has unveiled plans to offer a hosted unified communications service in what it claims is the first hosted Cisco offering in Australia.

Chief technology officer Steve Crockett said communications as a service was one of several "significant areas" the company had begun exploring.

"It's an interesting platform for us," he told CRN sister site iTnews.

"Typically in Australia, all of the carriers ... use the Broadsoft platform for their hosted [unified communications].

"It's largely based around a residential product ... it's fairly old and limited in terms of capability. Many of the carriers currently lag the current versions by years because of the challenges in upgrading and maintaining the customers that are evolved.

Some of the world's largest carriers already offer some form of Cisco-based unified communications but Crockett said the software vendor did not previously have the ability to reach smaller customers.

"We saw an opportunity for another vendor to really go into that market. Cisco never goes direct - Cisco won't build their own data centres."

Anittel has softly launched the solution among several customers ahead of a wider launch next month. It will be offered under multi-tenancy arrangements out of the company's four data centres, two of each in Sydney and Perth.

The move to add more cloud services to its portfolio comes on the back of Anittel's move to significantly upgrade equipment in each of its 12 Australian points of interconnect, including $2.5 million worth of new Cisco routers and $1 million in new fibre leasing arrangements.

The upgrade will standardise the disparate array of equipment the company used for switching and Ethernet services as a result of its merger in 2010 with several other service providers.

Crockett said the new routers would also serve to boost Anittel's national multi-protocol label switching (MPLS) network and keep up with demand from both retail customers and wholesale providers, and "significantly reduce the complexity of connectivity to customers".

"As we get closer to 1000 customers per state you frequently run into overlaps where you're having to juggle numbers and carriers," he said.

"We are aggressively growing and more and more people are looking at higher-speed services. Mid-band Ethernet technology has been a relatively low uptake, it's been available for a couple of years, and the cost of that is certainly coming down and we're seeing customers take that up.

"The cost of national bandwidth has also been a major limitation and we're now starting to find significant areas where we can offer 10 Mbps in offices between Sydney and Perth; historically that might have been $10,000 but now we can offer that for $1000."