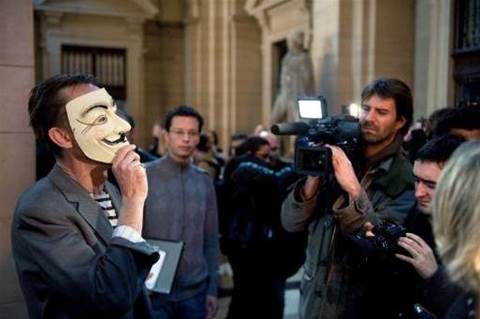 Hacktivist collective Anonymous took credit for disrupting access to a UK government website over the weekend and promised that more attacks were on the way.

The site of the Home Office, the department responsible for immigration control, went offline starting at 9 p.m. British standard time Saturday, the BBC reported. At 5 a.m. BST on Sunday, the site was up, but performing poorly.

Anonymous claimed responsibility for a distributed denial of service attack against the site. A DDoS floods a site with so many requests that it blocks other users. Government officials told the BBC that no data was taken.

Anonymous said it also targeted the website for 10 Downing Street, headquarters of the government and the residence of Prime Minister David Cameron. However, government officials denied there was any disruption. The BBC said the site appeared slow and intermittent for a time during the Home Office attack.

Anonymous' motive could have been to protest e-mail surveillance, extradition proceedings between the UK and the United States or both. One Anonymous tweet on Twitter said the group was against "draconian surveillance proposals," while another said, "You should not give UK citizens to foreign countries without evidence."

The British government is considering major changes to the U.K.-U.S. extradition treaty to make it more balanced, according to the BBC. Critics say it is easier to extradite a person from the U.K. than vice versa.

Anonymous said in a tweet before the latest attacks that it would launch DDoS attacks against U.K. government sites every Saturday, the BBC reported.

"Other hacktivists who have launched DDoS attacks against websites belonging to British authorities have been arrested in recent history, and are currently facing trial," Cluley said on the company's blog.