Another billion-dollar half for Telstra's IT services unit 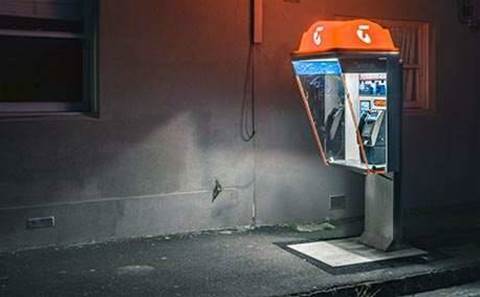 Telstra's IT services business was the star performer in the telco's first-half results.

The Network Applications & Services (NAS) division clinched a billion-dollar half-year for the second time in a row, increasing revenues by $154 million year-on-year, a rise of 18.1 percent from $853 million revenue in the first half of 2014.

NAS grew faster than any of the telco's other key product areas, with mobile growing 9.6 percent and revenue declining across both fixed voice and data, and data & IP.

Despite growing year on year, the $1 billion revenue was slightly  down on the immediately preceding half; Telstra posted $1.1 billion of NAS revenue for the second half of 2014.

The NAS unit has been bolstered through acquisitions of technology integration businesses in all three east coast capital cities, with Telstra buying Sydney's NSC Group in August 2013, Melbourne's O2 Networks in January 2014 and Brisbane's Bridge Point in October 2014.

Within NAS, the fastest growing business was what Telstra calls "industry solutions" – which includes wireless network deployments and its acquisition of SNP Monitoring.

Within its IT portfolio, Telstra singled out unified communications as a particular standout. NSC Group was widely regarded as one of the country's leading unified comms resellers, partnering with the likes of Avaya, ShoreTel, Plantronics, Polycom and many more.

Telstra did $120 million of cloud revenues, an increase of 32 percent year-on-year. Telstra is the biggest Microsoft Office 365 partner in Australia, and also resold the likes of Symantec and McAfee via its T-Suite platform.

T-Suite was shuttered in 2014 and replaced by the new Telstra Apps Marketplace, which will eventually host a broader range of apps than T-Suite. Initial vendors include electronic signature outfit DocuSign and cloud storage vendor Box.