Another day, another weird dual-screen laptop 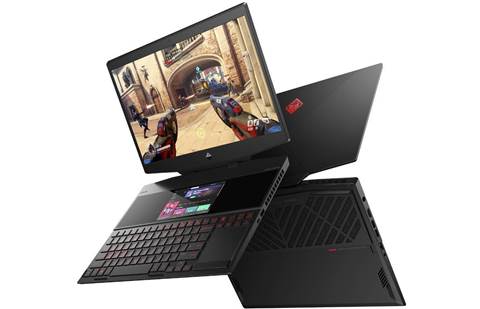 This must be the week for weird two-screened laptops: the day after Lenovo introduced a foldable 13.3-inch machine. HP has unveiled what it claims is the world’s first dual-screen gaming laptop.

The new Omen X 2S offers a 15.6-inch primary display plus a 5.98-inch 1080p multi-touch enabled secondary display that sits above the function keys on the laptop's keyboard.

HP said the second screen allows multi-tasking, like watching videos or using messaging apps while playing video games or any other task that needs more than one screen. The company said many gamers, the machine's main target, already use their smartphones while gaming and that adding a second screen to a computer therefore meets a need.

The laptop also has a real-time screen mirroring feature that can cut and magnify parts of the main screen to the second screen, while ensuring vision is centred and head movement remains more vertical than horizontal.

On the hardware side, the laptop is 20 millimetres thick with a full metal chassis, and is cooled by an applied liquid metal compound to the thermal system. HP claims the solution can boost frames-per-second (FPS) performance compared to conventional thermal grease.

The Omen X 2S is expected to be available for purchase in June, with a starting price of US$2099.99 ($3032) in the US. HP has not revealed Australian pricing.

Consumer devices often set agendas for enterprise users. And as gaming laptops overlap with enterprise workstations, the arrival of a dual-screen machine is a potential signal for future innovations. CRN can certainly imagine that the ability to zoom in on a CAD drawing in its own screen could have some appeal, if HP's business and gaming designers ever swap notes.

Grabbing the hybrid cloud opportunity with Lenovo and Azure Services
By Nico Arboleda
May 15 2019
11:21AM