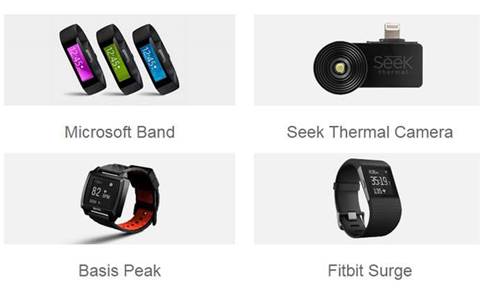 Another site is helping Australian shoppers to sidestep official conventional technology sales channels and buy the latest gadgets not available in the local market.

The US-based Big Apple Buddy site aims to help Australians and people in other countries to buy devices and fashion goods otherwise available only in the USA.

Popular items ordered on the site include the Microsoft Band, Jawbone UP3, Seek Thermal infrared camera for smartphones and the Kindle Voyage.

The site states it helps customers buy from USA stores that won’t ship internationally or accept customer’s credit cards. The goal is to “break down international shopping barriers” and create a world “where shopping has no borders”.

Shoppers are encouraged to browse the online USA stores of Best Buy, Amazon, Newegg, Microsoft, Dell, Lenovo, Belkin and others, and then order via Big Apple Buddy. Customers don’t pick from a limited list of products – they name a product, and Big Apple Buddy aims to source the best price and provide a shipping quote.

The site also has a “popular products” section, which at the time of writing suggested the Microsoft Band. The site points out: “Unfortunately, Microsoft’s heath-focused wearable device is only available for purchase in America at the moment. Not to worry though if you live outside of the US, there’s still a way to get your hands on the smart fitness tracker before it’s officially released in your country.”

Big Apple Buddy also highlights the new FitBit Surge and Basis Peak wearables, which it stated at the time of writing were only available in the USA.

After buying the items for the customer, Big Apple Buddy promises to check and repackage the goods at its facility, prepare customs documentation and ship to the customer “in as little as two to four business days”. The site charges a service fee of US$40 or less per item.

A statement on the website argues that in contrast, parcel forwarding services “could take weeks” to ship items. The site also claims “crowdshipping” sites require customers to trust unverified strangers.

“It feels very rewarding to provide consumers around the world with access to goods otherwise unavailable in their country,” she said.

Because the focus was on products not available in countries outside the US, she argued there was little overlap in products that might cause local resellers to lose business. In fact, she told CRN that customers include resellers as well as end users.

Asked about the so-called “grey market” for technology, Chan said:  “We certainly don’t consider the products we deliver to be “grey market”. We source products on behalf of our clients only through official channels in the US, including Amazon and Best Buy. These are channels available to any member of the American public or Australian holidaying in the States.”

The site is one of a number of companies helping to make it possible for Australians to buy technology via overseas channels, including BigCommerce, marketplaces Alphatise (which has gone into administration) and Yatango, and Australia Post.