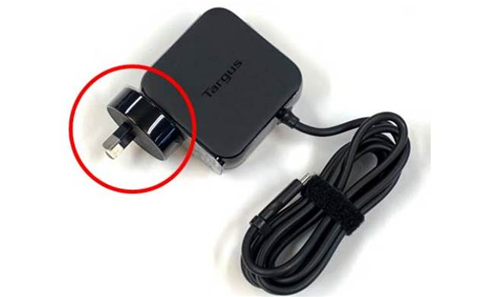 The ACCC has issued a recall for a third-party USB-C laptop wall charger manufactured by Targus over risks of an electric shock.

The recall ad stated that there was a potential for the faceplates of some units to separate from the rest of the AC plug, exposing live parts and posing an electric shock risk.

The chargers were sold from December 2017 up until last week from major retailers like Bagworld, Officeworks, JB Hi-Fi and Harvey Norman, and was distributed via Bluechip Infotech, Ingram Micro and Dicker Data.

The ACCC warned that customers with a faulty charger should switch off their power at the source before unplugging it and stopping using the charger altogether.

Customers can contact Targus customer service for a free replacement or refund if a replacement isn't available.

Targus had a similar issue with a peripheral docking station that was recalled last year over concerns that its faceplate could be removed, exposing live parts.