Antonio Neri: HPE is ‘Doubling Down’ on R&D innovation with COVID-19 downturn 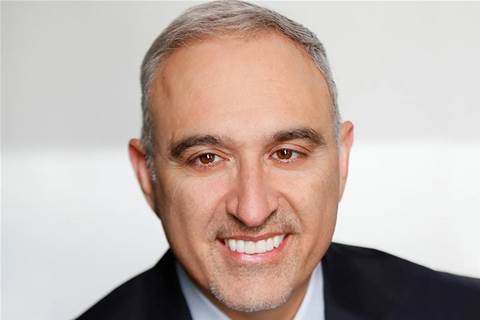 Hewlett Packard Enterprise CEO Antonio Neri Thursday said the edge-to-cloud platform as-a-service powerhouse is “doubling down” on R&D innovation in the midst of the economic fallout from the COVID-19 pandemic.

Neri, who has received high marks from partners for delivering game changing technology differentiation, said he learned from the 2008- 2009 economic meltdown that a downturn is precisely the time you need to accelerate R&D investments.

“You don’t want to penalize R&D,” Neri told investors during a fireside virtual chat at the Bernstein Annual Strategic Decisions Conference with analyst Toni Sacconaghi. “(In times like this) you want R&D to go faster. R&D is absolutely a top priority. Obviously you want to make the rest of the company way more efficient. So for us we are doubling down on R&D and doubling down on the things that will drive long-term, sustainable, profitable growth.”

The commitment to double down on R&D investment comes just one week after HPE approved a three-year “Cost Optimization and Prioritization Plan” aimed at delivering gross savings of US$1 billion with changes to its workforce, real estate model and business processes.

In the last full fiscal year, HPE increased its research and development spending about 10 percent to US$1.84 billion compared with US$1.66 billion in the preceding 12 month period.

Neri, who has driven 15 acquisitions over the last five years, also did not rule out other acquisitions for the company which has US$10 billion in “liquidity” that it could leverage to complete a deal.

“As I think about acquisitions we need to think about how we continue to transform the portfolio,” he said. “Ultimately you have to look at this both from a short term and long term perspective. We believe our (edge to cloud platform as a service) strategy is right….We will continue to assess what is available there (on the M&A market). But we have been very committed and disciplined about this.”

Neri, who was the architect of HPE’s US$3 billion game changing acquisition of Aruba in 2015, said the deals he has found attractive are the ones that bring HPE intellectual property and talent and are accretive immediately or soon after an acquisition.”You have to find the right vision- commonly aligned; the right strategy that is commonly aligned,” he said.

Neri said the pandemic has changed the face of the global workforce. HPE itself expects at least 50 percent of its 60,000 employees will continue to work remote resulting in major changes to the HPE real estate footprint, said Neri

“I’ve seen in the last eight weeks an incredible amount of productivity,” he said. “I see the real estate footprint we are going to have in a totally different place…It is going to change. It is going to be a more collaborative, innovative place than just coming in and doing your work everyday.”

Paul Cohen, vice president of sales for New York-based PKA Technologies Inc., one of HPE’s original Platinum enterprise partners, said he sees HPE continuing to up the ante on technology innovation. “No one has a more innovative end to end product portfolio than HPE,” he said. “HPE continues to lead the industry in investing in innovation. We are excited to see the next iteration of that HPE innovation.”

PKA, for its part, is doubling down on HPE certifications and innovation in the wake of the pandemic, said Cohen. “We’re looking forward to HPE Discover (which starts on June 23),”he said. “We are moving faster both on the technical and sales side to help our customers.”

Erik Krucker, CTO at Comport Consulting, an HPE Platinum partner, No. 333 on the CRN SP500, said he sees HPE’s commitment to R&D innovation translating into a big competitive advantage for HPE’s channel partners.

“As an HPE partner that R&D commitment is huge for us,” said Krucker. “The natural reaction from a lot of business in a crises like this is to pull back on R&D. To keep that moving along let’s us know that there is going to be a strong pipeline of products on the other side of this. That shows a lot of commitment from HPE. It really lets the partner community know that there is going to be no gaps in innovation over the next several years. When there is a lag in innovation or new product development, competitors come out of the woodwork to try to throw FUD (Fear, Uncertainty and Doubt) at that.”

Krucker said he sees the HPE edge to cloud platform as a service story resonating with customers. In fact, he said, HPE’s hybrid cloud strategy is helping fuel big sales growth for ComportSecure- an end to end suite of managed services for customers.

“We see a huge amount of momentum around ComportSecure and the hybrid computing model,” he said. “In the last six to 12 months there is almost always a component of ComportSecure in all our technology solution sales. Customers want to get out of the data center business. They want to stop focusing on how to keep the IT lights on. They want to focus on innovation. What they want and need is flexibility in their infrastructure.”

Krucker said the COVID-19 pandemic has sparked a work at home boom and accelerated the need for offerings like HPE GreenLake pay per use platform and Aruba combined with ComportSecure.

“With COVID-19 you have employees everywhere now and infrastructure needs to be flexible to meet those demands,” he said. “Customers need the flexibility to have infrastructure anywhere. They want a piece of it in their own data center, a piece of it in our ComportSecure cloud and they want a piece of it out in the public cloud. We sit in the middle of that entire relationship and help them deploy where-ever they want to and how they want to. There is a mix of models and customers are trying to figure out what makes the most sense for them. We’re here to help them do that.”

Grabbing the hybrid cloud opportunity with Lenovo and Azure Services
By Steven Burke
May 29 2020
12:13PM