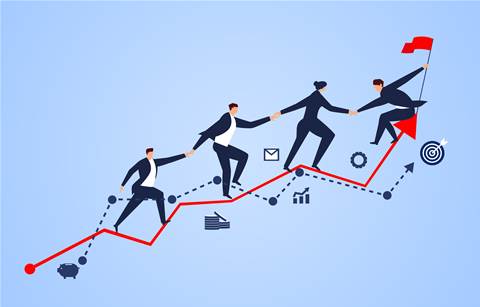 IT industry-focused not-for-profit CompTIA has released insights from its “International State of the Channel 2021” report, showing that Australia and New Zealand IT channel companies are ‘cautiously optimistic’ in the face of the turbulence that began in 2020.

The research revealed that 94 percent of ANZ channel executives believe the channel maintains its relevance in the IT universe, but are split when asked about the channel’s health with 51 percent saying it is holding steady in its current form and 43 percent saying it’s rapidly changing.

“This latter attitude is most likely based on the expanding fabric of the channel, with new business models unleashed by cloud computing, the ubiquity of consulting-only services and the emergence of non-traditional players as purveyors of technology products and services,” said CompTIA industry analysis senior director Carolyn April.

The insights come from CompTIA’s “International State of the Channel 2021” report, which was based on a Q2 2021 survey of 880 IT channel professionals in ANZ as well as the UK, the US, Canada and Benelux (Belgium, Netherlands and Luxembourg).

The execs said that companies in the channel are moving toward ‘consultative selling’ to meet the shift in customer demographics and buying behaviours, while also investing in marketing and customer experience to stay competitive.

CompTIA added that the channel’s cautious optimism matches the US$5 trillion that is forecast to be spent on IT globally.

However, among all countries surveyed four in 10 executives expressed concern about the continuing impact of COVID-19 on customers’ ability or willingness to invest in new technology solutions - especially those most negatively impacted by the pandemic.

ANZ respondents said that they are expecting continued positive revenue potential over the next two years, particularly from services related to emerging technologies, cybersecurity, cloud and data.

39 percent of ANZ companies paused or cancelled their emerging tech efforts in the face of the pandemic. However. 31 percent continued at the planned pace and 27 percent ramped up their work in areas such as 5G, AI, robotics and IoT.

The majority of ANZ channel companies said they are ahead of the game (12%) or on target with their plans (53%) for cybersecurity. But 35 percent said they are just formulating a cybersecurity strategy and portfolio, are behind schedule, or are not involved at all.

74 percent of ANZ respondents said they’ve been either satisfied or very satisfied with their vendors in the last two years but most are seeking more support for sales, marketing and operational training and services. As a result, vendors will have to update their partner programs to meet new expectations.

Grow your software revenue by selling these 5 affordable, essential tools for the modern workplace
By Ben Moore
Aug 16 2021
1:10PM