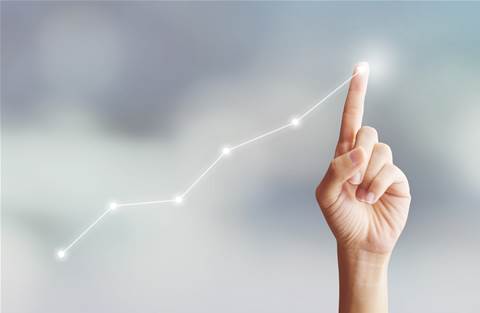 ICT spending in ANZ is expected to reach $114 billion in 2021 after steady growth throughout 2020, according to IDC.

The analyst firm said that this growth will continue at a CAGR of 2.5 percent to reach $126 billion by 2025.

Results from a 2020 ANZ IT Services Ecosystem survey showed that 69 percent had accelerated their digital transformation programs due to the pandemic, which played a major role in creating digital resilience.

According to separate research from early 2021, the Future Enterprise Resiliency surveys, more than 80 percent of ANZ organisations had either stabilised or were returning to growth and transformation.

IDC said that this rate is the second-highest measured across the Asia Pacific region after China.

“Australia and New Zealand were early entrants to the digital transformation journey which has allowed them to quickly pivot their operations as the pandemic hit,” said IDC senior market analyst Mario Allen Clement

“Digitalisation enables organisations to continue to engage with partners and customers, deliver products and services, and keep innovating, allowing the economy to sustain growth despite the pandemic”, he added. 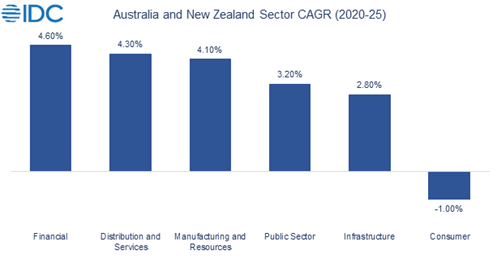 30 percent of the overall 2021 spend is attributed to banking and government, which is expected to grow at the highest rate in 2021 at 2.8 percent.

IDC outlined that banks in the ANZ region are one of the biggest customers for cloud adoption and application modernisation. Government investment in tech has been driven by goals of improving crisis response capability, operational efficiency, and citizen services.

Large enterprise (500+ seats) is set to grow at a CAGR of 3.7 percent to account for nearly half of all IT spending by 2025, as these organisations seek digital resilience and competitive advantage.

Improving customer experience and operational efficiency are key drivers for all ANZ businesses, IDC said, and many will look to invest in areas that were overlooked during the rapid change driven by the pandemic.

Grow your software revenue by selling these 5 affordable, essential tools for the modern workplace
By Ben Moore
Sep 2 2021
8:47AM