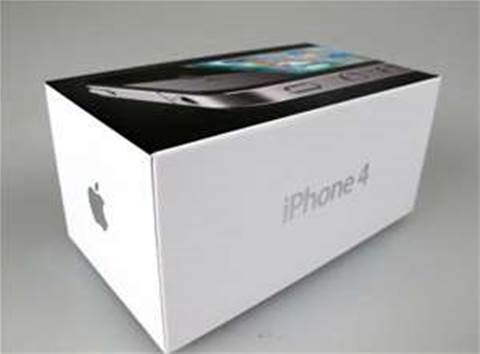 The Taiwan Fair Trade Commission (FTC) has slapped Apple with a fine of 20 million New Taiwan dollars (US$670,000) for interfering with mobile service providers' iPhone pricing plans after selling those provider distribution rights for the phones.

According to a report this week from Wall Street Journal, the FTC found that Apple has violated article 18 of Taiwan's Fair Trade Act by dictating how much Taiwan's three main service providers -- Chunghwa Telecom, Far EasTone Telecommunications and Taiwan Mobile -- should charge for the iPhone and the device's service plans.

Apple was accused of asking the three carriers to submit their iPhone pricing plans to Apple for review before moving forward with the plans.

"Through the email correspondence between Apple and these three telecom companies, we discovered the companies submit their pricing plans to Apple to be approved or confirmed before the products hit the market," the Taiwan FTC said in a statement.

The FTC noted that, because these mobile carriers paid Apple for iPhone distribution rights, they are allowed to set their own prices for the phones.

Apple did not immediately respond to CRN's request for comment.

If Apple does not comply with the Taiwan FTC's fine, the smartphone giant could face an increased fine of 50 million New Taiwan dollars, or US$1,668,000.

Taiwan's price-meddling allegations against Apple come on the heels of the company landing a major multiyear agreement with China Mobile, the world's largest telecommunications carrier at 763 million subscribers.

The deal will put the iPhone 5s and iPhone 5c in both Apple's and China Mobile's retail stores in mainland China starting from January 17, 2014.