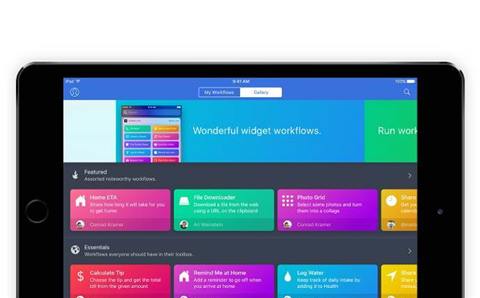 TechCrunch first reported the news, saying that no price was given, but was likely sub-US$10 million.

The app won an Apple Design Award in 2015 and was named as one of the best App Store apps in 2015. Workflow was sold for A$5 on the App Store, but is now available as a free download as of today.

The company's original application DeskConnect was used to more easily transfer files between iPhone and Macs, but was shut down last month.

Along with the application, the team behind Workflow will also be joining Apple.

“We are thrilled to be joining Apple,” said founder Ari Weinstein in a statement to TechCrunch. “We’ve worked closely with Apple from the very beginning, from kickstarting our company as students attending WWDC to developing and launching Workflow and seeing its amazing success on the App Store.

"We can’t wait to take our work to the next level at Apple and contribute to products that touch people across the world.”