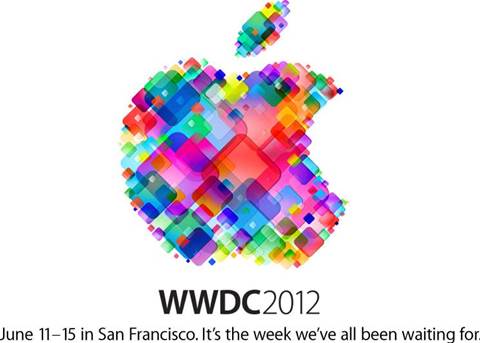 Apple said it will share the technical sessions from the event free-of-charge on its developer’s website for those who were unable to attend.

The event, which drew in attendees from more than 60 countries last year, will offer the Apple developer community a sneak peak at planned enhancements for both its iOS and OS X platforms.

The schedule includes over 100 technical sessions and hands-on labs presented by Apple engineers, as well as the Apple Design Awards, which highlights some of the most popular Apple apps over the past year.

Developers at the event will have an opportunity to explore the latest features of Mountain Lion, Apple’s next-gen OS X release for its Mac line of desktop and notebook PCs. The company said developers can bring their own code into the labs to work first-hand with Apple engineers and apply new development techniques to their own homegrown apps.

"We have a great WWDC planned this year and can’t wait to share the latest news about iOS and OS X Mountain Lion with developers," said Philip Schiller, Apple’s senior vice president of Worldwide Marketing, in a statement. "The iOS platform has created an entirely new industry with fantastic opportunities for developers across the country and around the world."

Apple’s iOS platform, which fuels its popular line of iPhone and iPad devices, is currently the most widely adopted mobile OS platform in the United States, according to a report published this month by mobile ad network InMobi. The report pegged iOS as accounting for 37 percent of the UShandset market, with Android next in line at 34 percent.

Apple’s iOS also beats out the competition when it comes to its app count. According to mobile app research firm Mobilewalla, the iOS platform touts over 600,000 apps today. Android trails next with about 350,000.

A robust app ecosystem is apparently paying off for Apple; the mobile giant reported this week stellar second-quarter earnings, driven mostly by booming sales of its iPhone and iPad products.

Its total profit for the quarter reflected these numbers, rising 93 percent to $11.6 billion.