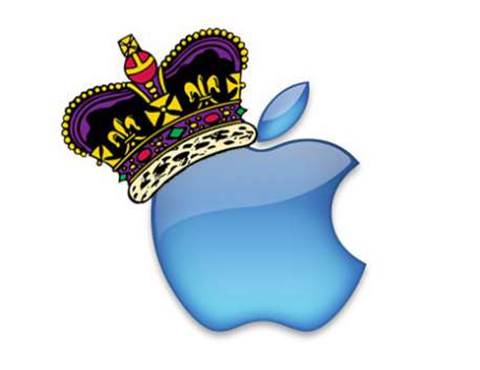 Apple has cut the price of many apps in the Australian App Store, compensating for a stronger exchange rate and long-running consumer complaints over the price discrepancy with the United States.

The changes meant apps previously available for $1.19 in Australia could now be purchased for $0.99.

Apple gave many iOS developers a days' warning in making price changes within the App Store, in an email circulated to those registered on the company's iTunes Connect app sales monitoring platform.

It said the changes may affect purchasing of applications during a seven hour window.

"To avoid interruptions to the availability of your apps, do not make price changes during this time," it said.

An Apple spokesman said that price adjustments came as a result of changes in foreign exchange rates and local tax laws.

Price changes appeared to affect other countries, including Mexico, UK, Switzerland, Japan and Norway. Some countries received price rises for applications, however.

Russell Ivanovic, a developer with company Shifty Jelly which produced apps such as Pocket Weather, said the change was welcome for consumers but left developers relying on Australian sales in the cold.

"The Australian dollar has been hovering above the US dollar for a long time now so it always seemed weird that we were paying more," he said.

"As a developer who makes most of our money selling Australian applications, it is a little bit concerning."

The 10 percent GST on Australian apps added to a significant drop in the eventual income earned by developers, ultimately dropping to below what US purchasers would normally pay for the same app.

US applications do not include tax on their list pricing, while Apple still takes a 30 percent cut from all apps sold through the store.

"Since we live in Australia, and can't really take advantage of our high currency, that means we lose out overall," he said. "Still I'd emphasise that for consumers this is very good news."

Another local developer said he would have to consider increasing the price of his apps in the store to mitigate against the changes.

Those Australian developers with more globally inclined applications, such as Melbourne-based Firemint, would unlikely feel the same impact from the price decision.

Labor MP Ed Husic welcomed the changes, after he raised concerns around the price discrepancies between US and Australian software and hardware from Apple and other US-based manufacturers.

Husic has gained an audience with Apple Australia managing director Tony King next week, after airing his concerns recently in Parliament and writing to King personally to discuss the matter.

"I think it's a great move on the apps, that they started to have the apps more in line with movements in currency but I'm looking also forward to talking to them about the differences in hardware, especially anything that would be launched in the short term with new models with their MacBooks," he said.

"A lot of companies tend to move quickly in adjusting prices upwards and I think that's an issue that businesses need to be able to respond to quickly."

He pointed to consumers' continued discussion around the pricing differences as a possible catalyst for Apple's decision, rather than this own actions.

The price changes to the App Store coincided with a move by Apple to introduce volume purchasing of applications for businesses.

Available initially in the US only, the program would allow businesses to centrally manage distribution of third-party and custom applications for employees by acquiring batch redemption codes for devices.

These could be sent to employees by mail, or controlled through a central iOS enterprise management platform used by the company.

The program only appeared to offer the purchase of volume quantities at the same initial app price, rather than volume discounts.