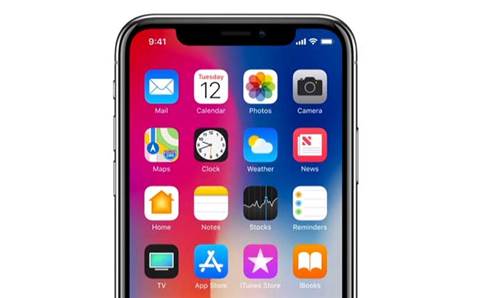 Apple chief executive Tim Cook has said the iPhone X is still going strong, even amid signs that demand is slipping and some Wall Street predictions that the company could pull the device from the market this year.

"Customers chose iPhone X more than any other iPhone each and every week in the March quarter, just as they did following its launch in the December quarter," Cook said during a quarterly earnings conference call with analysts.

"Also, since we split the line with the launch of iPhone 6 and 6 Plus back in 2014, this is the first cycle that we've ever had where the top-of-the-line iPhone model has also been the most popular," Cook said, while reporting iPhone revenue growth of 14 percent during Apple's second quarter of fiscal 2018, ended March 31.

Apple is seeing 99 percent customer satisfaction rates for the iPhone X, he added. "The iPhone X is a beloved product," Cook said.

Cook drew a comparison to a team winning the Super Bowl but fans wishing that the team had won "by a few more points."

There were signals of slowing demand for the iPhone X during the second quarter, with the average selling price for the iPhone line dropping significantly from the previous quarter -- to US$728 from US$796, and falling below Wall Street analyst estimates of US$740 for the quarter.

The drop can likely be attributed to dampening sales of the iPhone X, which carries a much higher price tag than other iPhone models with a starting price of US$999. In a note to investors following the quarterly results Tuesday, analyst Daniel Ives of GBH Insights wrote that the iPhone X demand showed "softness" during the quarter.

In April, analyst Neil Campling of Mirabaud Securities predicted that the iPhone X would be taken off the market this year, as many consumers had been staying away due to its high price. "The iPhone X is dead," Campling wrote in a note to investors.

During the call with analysts, Cook contended that the iPhone X is "the most innovative product on the market" and "jam-packed with technology that's really set up the smartphone for the next decade. So that's how we priced it."

"The way we think about it is trying to [set] a reasonable price for what we deliver. And I feel we did that," he said.

Sales of iPhone units grew at a much slower rate, though. The number of iPhone units sold rose 2.9 percent to 52.2 million during the second quarter, from 50.7 million iPhones the year before.

There are clear indications that smartphone users are replacing their devices less frequently, according to Gartner. The research firm reported that global smartphone sales saw the first-ever quarterly drop year over year in the final quarter of 2017.

On desktops, Apple has not significantly updated its powerhouse Mac Pro, popular with multimedia editors and other creative professionals, since 2013.

Mac sales were flat during Apple's fiscal second quarter, with revenue coming in at US$5.85 billion versus US$5.84 billion the year before. During the prior quarter sequentially, Mac revenue had dropped 5 percent year over year.

The iPad line was a brighter spot, with sales rising 6 percent to US$4.11 billion for the second quarter, compared with US$3.89 billion during the same period of 2017.

Overall, Apple reported Tuesday that it generated $61.14 billion in revenue during its fiscal second quarter. That was a 16 percent increase from the same period a year earlier, when revenue came in at US$52.89 billion.