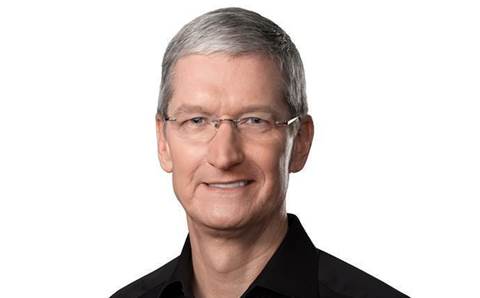 Cook reported total compensation of US$15.7 million (A$21.87 million) in fiscal 2018, up US$2.9 million from the US$12.8 million he received the prior year, according to a proxy filing with the US Securities and Exchange Commission.

Cook’s total pay included US$3 million in base salary, which was almost unchanged from the last year. He also received US$12 million in non-equity incentive plan compensation and US$682,219 in other compensation. Not included as part of Cook’s total pay: Apple shares worth an estimated US$121 million that vested in 2018, according to the proxy.

Cook’s increase in total pay was mostly due to an increase in non-equity incentive plan compensation, which rewarded Cook and other executives because Apple’s performance exceeded the maximum performance goals for both net sales and operating income in 2018.

But challenges lay ahead for Apple. Cook last week said in a letter to shareholders that "lower than anticipated iPhone revenue" has led the company to slash its guidance for its fiscal first quarter of 2019, which ended 28 December. Cook blamed the soft iPhone revenue on lower-than-expected demand in China and other emerging markets, as well as in "some developed markets." Apple cut its revenue guidance for its fiscal first quarter of 2019 to US$84 billion, down from guidance of between US$89 billion and US$93 billion previously.

Apple, whose market cap hit $1 trillion last August, has since been dethroned by Amazon as the most valuable public company. Apple’s stock closed up 1.9 percent to US$150.75 on Tuesday with a total market cap of US$715 billion.