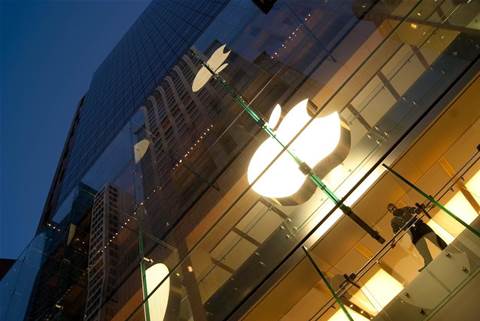 Demand for Apple’s Mac and iPad product lines is powering unexpectedly strong growth for the company, with no immediate end in sight as widespread remote work and education continues, Apple disclosed in its quarterly financial report Thursday.

The company’s iPhone business also saw modest growth in the latest quarter—Apple’s third quarter of fiscal 2020, ended June 27. However, the next round of new iPhones—which are expected to be the first with 5G connectivity—are not on track to be ready in September as once hoped.

Maestri later confirmed that he was referring to “the supply of the new product” in iPhone.

Apple‘s stock price jumped 6.1 percent, to US$408.30 a share, in after-hours trading Thursday in the US.

The iPad and Mac saw the biggest growth among all of Apple’s product categories during the quarter, the company reported.

“We expected iPad and Mac growth to accelerate. And we saw very strong double-digit growth for these devices this quarter,” Apple CEO Tim Cook said during the call with analysts. “This remarkable performance came in spite of supply constraints on both products. We’re working hard to get more iPads and Macs into customers’ hands as quickly as possible, recognizing how integral they have become to working and learning from home.”

The biggest growth came in iPad, with revenue surging 31-percent on a year-over-year basis to US$6.58 billion during Apple’s fiscal Q3. That marked the highest June-quarter revenue for iPad in eight years, Maestri said.

The growth followed the March launch of a refreshed version of the iPad Pro 2-in-1 tablet, which has been “received incredibly well in every region of the world,” he said.

In Mac, refreshes in recent months for the MacBook Air and MacBook Pro—both of which received a keyboard revamp—helped contribute to big demand during the company’s latest quarter, executives said. Mac revenue rose 22 percent to reach US$7.08 billion during the quarter.

Looking ahead, “we expect the performance that we’ve seen for Mac in the June quarter to continue,” Maestri said.

“And we believe we’re going to have a strong back-to-school season. Sitting here today, it certainly looks like that,” Cook said.

Cook also addressed Apple’s forthcoming transition to in-house processors for Mac--which is expected to begin later this year with the launch of the first Macs with Apple-designed processors. The move will begin the process of displacing Intel chips in Mac computers.

The transition “will achieve both unprecedented performance for the Mac and a common architecture across all Apple products,” Cook said.

Cook later added, “the reason that we’re doing the Apple silicon is because we can envision some products that we can achieve with Apple silicon that we couldn’t achieve otherwise.”

Services revenue rose 15 percent to hit US$13.16 billion in Apple’s fiscal third quarter, while the company’s Wearables, Home and Accessories category--including products such as AirPods and the Apple Watch--climbed 17 percent to reach US$6.45 billion in revenue.