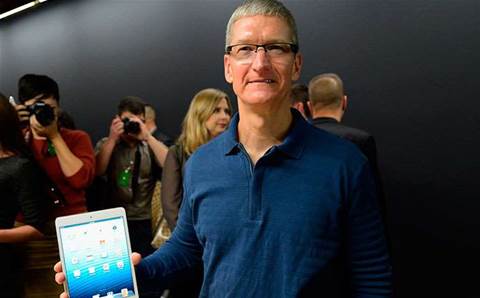 Apple CEO Tim Cook opened this morning's Apple press event with a pledge to protect customer privacy in the face of a legal challenge from the FBI.

After announcing that 1 April is Apple's 40th anniversary and that one billion Apple devices are now in use around the world, he alluded to the ongoing Apple-FBI debate.

"We built the iPhone for you and know it's a deeply personal device," Cook said.

Admitting that the company now finds itself "at odds" with the government, he then asked how much power the government should have over privacy.

"We have a responsibility to help you protect your data. We will not shrink from this responsibility," he told the crowd during his opening remarks before handing the mic over to Lisa Jackson, Apple's vice president of environment, policy and social initiatives.

Apple's "Let Us Loop You In" event began at 5am Sydney time today, and saw the rollout of the new iPhone SE and new 9.7-inch iPad Pro.