Apple closing all retail stores outside China due to Coronavirus 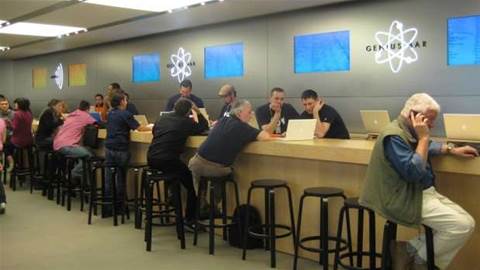 Apple will be closing all of its retail stores outside China until March 27 due to the coronavirus pandemic, CEO Tim Cook announced on the tech giant’s website.

Cook said all its hourly workers will continue to receive their normal pay during the closure. Apple has more than 500 stores worldwide, with half in the U.S., according to MacRumors.

The company is also encouraging employees to work remotely “if their job allows, and those whose work requires them to be on site should follow guidance to maximize interpersonal space.”

Cook said in addition to an extensive, deep cleaning at all Apple sites, the company is rolling out new health screenings and temperature checks. As part of the announcement, Apple said it will be expanding its paid leave policies “to accommodate personal or family health circumstances created by COVID-19.”

“The entire Apple family is indebted to the heroic first responders, doctors, nurses, researchers, public health experts and public servants globally who have given every ounce of their spirit to help the world meet this moment,” Cook said in a statement. “We do not yet know with certainty when the greatest risk will be behind us. And yet I have been inspired by the humanity and determination I have seen from all corners of our global community.”

In addition, Apple said it has committed donations of $15 million Apple’s to the global COVID-19 response — both to help treat those who are sick and to help lessen the economic and community impacts of the pandemic.

On Friday, Apple said its flagship WWDC developer conference in June is going virtual. The firm said that the conference will "take on an entirely new online format packed with content for consumers, press and developers alike." The event will target developers of iOS, iPadOS, macOS, watchOS and tvOS.

In its 10-K filing from last fall, Apple said in one of its listed risk factors that “should major public health issues, including pandemics, arise, the Company could be adversely affected by more stringent employee travel restrictions, additional limitations in freight services, governmental actions limiting the movement of products between regions, delays in production ramps of new products, and disruptions in the operations of the Company’s suppliers and contract manufacturers.”

Around the globe, there are currently 132,758 confirmed cases of coronavirus , which was labeled a pandemic last week by the World Health Organization, with a total of 4,955 deaths.