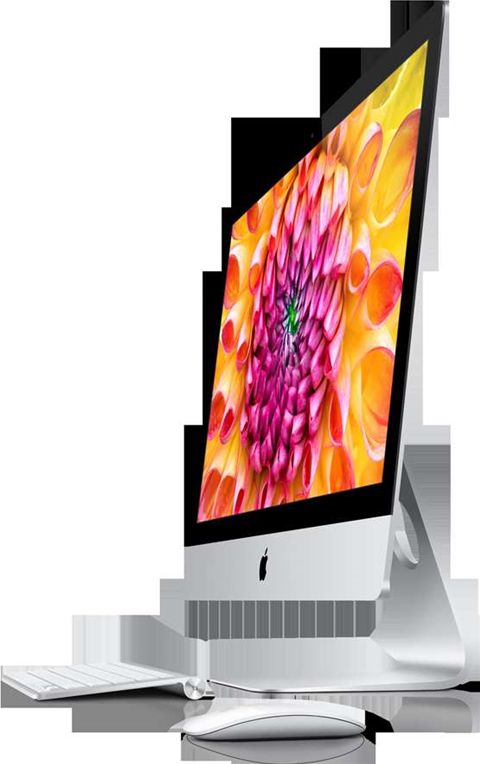 Apple today squashed rumors of its new iMacs not coming to market until 2013, confirming that the super-thin desktops will be available starting this month as originally planned.

The Cupertino tech giant said its new 21.5-inch iMac will hit Australian shelves on November 30, starting at $1499, while its 27-inch model will begin shipping in December, starting at $1999.

Apple's announcement debunks reports from earlier this month suggesting supply constraints related to the new iMacs' displays would push their availability into next year. Though the launch schedule is, in fact, on track with Apple's initial projections, CEO Tim Cook mentioned during the company's fourth-quarter earnings call that iMac supplies will be constrained in a "significant way," due to a tight ramp-up schedule.

The new iMacs, which were unveiled alongside Apple's iPad mini in October, are the company's thinnest desktop computers yet, measuring just 0.2 inches thick. The displays are also said by Apple to reduce glares by 75 percent compared to prior-generation iMacs.

On the inside, both the 21.5- and 27-inch iMacs feature 8GB of memory, Intel's Ivy Bridge Core i5 processors and the latest Nvidia GeForce GPUs.

But despite these enhancements, some analysts believe that the iMacs' availability falling so late in the year, coupled with Apple's anticipated supply constraints, could dampen holiday sales.

"The 21.5-inch and 27-inch iMacs will not begin shipping until November and December, respectively, with initial units in short supply," wrote Beau Skonieczny, computing practice analyst at Technology Business Research (TBR) in a recent note.

"TBR believes the delayed launch will cause Apple to miss out on a significant sales opportunity during the holiday season, with short supply forcing many potential customers to seek alternative offerings."

Meanwhile, the PC market in general has taken a slide over the past few quarters, as smartphones and tablets continue to eat into traditional desktop and notebook sales. Worldwide PC shipments in the third quarter plummeted 8.3 percent year-over-year, Gartner reported last month.