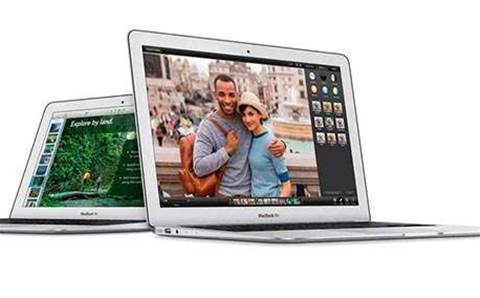 Apple has updated the MacBook Air, reducing the price and boosting performance – but Australians will receive less of a discount than buyers in the UK and US.

Apple UK has reduced the price by as much as £130 (AU$235) and the US has seen price cuts of US$100 (AU$107) across multiple models, but the biggest reduction most Australian buyers can hope for is AU$50.

British buyers have enjoyed an even bigger cut, but prices remain high compared to Australia and US.

The update has seen a performance bump across the range. All four Macbook Air models now feature 1.4GHz dual-core Intel Core i5 processors, compared to the last version's 1.3GHz Core i5 chips.

Apple is also touting that the new Airs have been upgraded with PCIe SSDs, offering faster performance. However, as last year's mid-2013 models already sported custom PCIe SSDs, the improvements are unlikely to be dramatic.

With the 9-Series Haswell chipsets adding native support for the M.2 connection standard (an improvement on the established mSATA interface), it’s probable that the new models are simply using M.2 PCIe SSDs rather than the custom Apple designs of the previous generation, though that hasn't been confirmed.

The Macbook Air’s RAM remains the same, at 4GB across the board and its Intel HD Graphics 5000 chipset is also unchanged.

Apple said it boosted battery life to up to 12 hours, however testing by PC Pro on the previous edition of the MacBook revealed a battery life of 11 hours and 45 minutes, meaning this is once again a minor improvement.