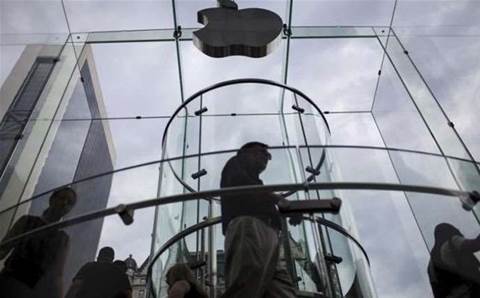 The launch of the iPhone 6 helped Apple Australia achieve a staggering rise in sales for its 2015 financial year yet its tax expense fell – a fact that is likely to raise eyebrows against a backdrop of increased focus on corporate tax avoidance.

The iPhone maker's consolidated Australian revenue rose $1.7 billion or 27.9 percent to reach $7.9 billion for the 12 months to 25 September 2015, according to its annual report lodged this week with corporate regulator ASIC.

It's no secret how Apple chalked up such a massive rise in 2015 revenue – the company's fiscal year opened just a week after the blockbuster release of the iPhone 6 and 6 Plus on 19 September 2014. The previous year, in which Apple launched only an iterative upgrade with the iPhone 5s, its Australian revenue remained roughly static, with a 0.5 percent decline to $6.07 billion.

For 2015, Apple Australia reported a rise in gross profit of 16.8 percent to $638 million, however, an increase in "sales, marketing and distribution expenses" helped reduce the company's taxable income to $207 million – down 17.4 percent on the previous year.

The fall in taxable income meant the company's income tax expense was lower than the previous year, though Apple ultimately paid $84.9 million after an $11 million adjustment relating to prior years. On the bottom line, Apple reported 2015 total comprehensive income of $122.7 million, a fall of $49.3 million (28.7 percent) from the previous year.

Sales, marketing and distribution expenses include the price Apple Australia pays to affiliates for hardware. During last year's Senate Enquiry into corporate tax avoidance, the company denied "inflating the transfer price" of products in order to reduce taxable income in Australia.

The results come amid increasing scrutiny on the tax positions of major companies operating in Australia and the use of elaborate tax structures to reduce or avoid paying tax in Australia.

In December, the ATO published the tax positions of the largest 1,500 public and privately held companies in Australia for the 2013 and 2014 financial years and found a wide discrepancy in taxes paid. Almost 600 of the companies paid no tax at all.

That ATO release showed Apple's total 2014 income was $6.1 billion and the company paid $74.1 million in taxes on taxable income of $247.4 million, which was in accordance with Australia's corporate tax rate of 30 percent.

In April 2015, Apple Australia managing director Tony King was questioned in front of the Senate Enquiry into corporate tax avoidance, where he denied that Apple had strategies to reduce the tax it paid in Australia. King also highlighted the company's track record as a major employer and an environmentally sustainable business, and said Apple was "transparent and open with the Australian tax office".

"We declare all of our income in accordance with Australian tax law and we pay all of our taxes that we owe," King told the committee.

Apple is currently facing an ATO audit into its 2012 financial year, according to the 2015 annual report. "The Australian Taxation Office is currently auditing the company's income tax position for the year 2012. As at this date of this report, the outcome of tax audit cannot be predicted with certainty and reliably estimated, no adjustments have been recognised in the financial statements."

Apple has also been on watch since the beginning of the 2016 year due to fears of a fall in iPhone sales. Some of Apple's main Asian suppliers expect revenues and orders to drop this quarter, indicating iPhone sales are almost certain to post their first annual decline since the flagship product was launched almost a decade ago.