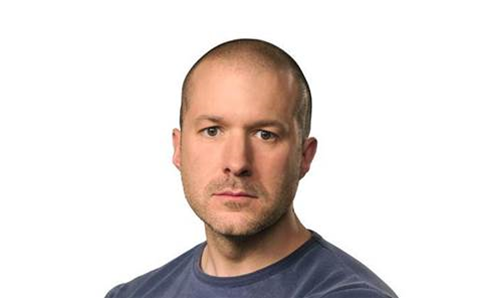 Jony Ive, a close creative collaborator with Apple co-founder Steve Jobs whose iPhone and other designs fueled Apple's rise to become a US$1 trillion company, will leave later this year to form an independent design company.

Apple's shares fell as much as 1.5 percent to US$197.44 in after-market trading, wiping about US$9 billion from the firm's value. Ive spent nearly three decades at Apple, playing a leading role in the design of the candy-colored iMacs that helped Apple re-emerge from near death in the 1990s to the iPhone, regarded by many business experts as one of the most successful consumer products of all time.

"It's the most significant departure of somebody who was a core part of the growth story" under Jobs, said Ben Bajarin, analyst with Creative Strategies.

"Jony is a singular figure in the design world and his role in Apple's revival cannot be overstated, from 1998's groundbreaking iMac to the iPhone and the unprecedented ambition of Apple Park, where recently he has been putting so much of his energy and care," Apple chief executive officer Tim Cook said.

Apple said it will be among the primary clients of Ive's new design company for a range of projects.

"I have the utmost confidence in my designer colleagues at Apple, who remain my closest friends, and I look forward to working with them for many years to come," Ive said.

Ive's new company will be called LoveFrom, the Financial Times reported, quoting Ive as saying it would be based in California "for now". Ive told the newspaper he would work on Apple priorities wearable technology and healthcare in addition to unspecified "personal passions". LoveFrom will have other clients beside Apple.

Since 2012, Ive had overseen design for both hardware and software at Apple, roles that had previously been separate. Apple said Thursday that the roles would again be split, with design team leaders Evans Hankey taking over as vice president of industrial design and Alan Dye becoming vice president of human interface design.

Both will report to chief operating officer Jeff Williams, who in addition to overseeing Apple's supply chain also oversaw the development and introduction of the Apple Watch, Apple's first major new hardware platform since the iPad.

Jobs was known to deeply involve himself in Apple's design process, often visiting Apple's design studios on a daily basis to offer feedback on Ive's work. Ive reports directly to Cook, but Cook never involved himself to the same extent as Ive.

"Tim is not going to be the one who looks and criticizes design the same way that Steve would have," Bajarin said.

But Apple has been slowly laying the groundwork for Ive's eventual departure. Ive became Apple's chief design officer in 2015, but he then handed off some duties to other executives while he focused on finishing Apple's new corporate headquarters, Apple Park. Dye was one of those executives, and both Dye and Hankey have been deeply involved in Apple's design processes for years, the company said.

"The goal was to plant some seeds so the transition would be pretty smooth," Bajarin said. "I don't think this is a signal that Apple's design days are done."

If anything, Bajarin said, the elevation of Dye and Hankey could reignite the connection between Apple's design teams and its senior executives. Apple said that Williams "will spend more of his time working with the design team in their studio."